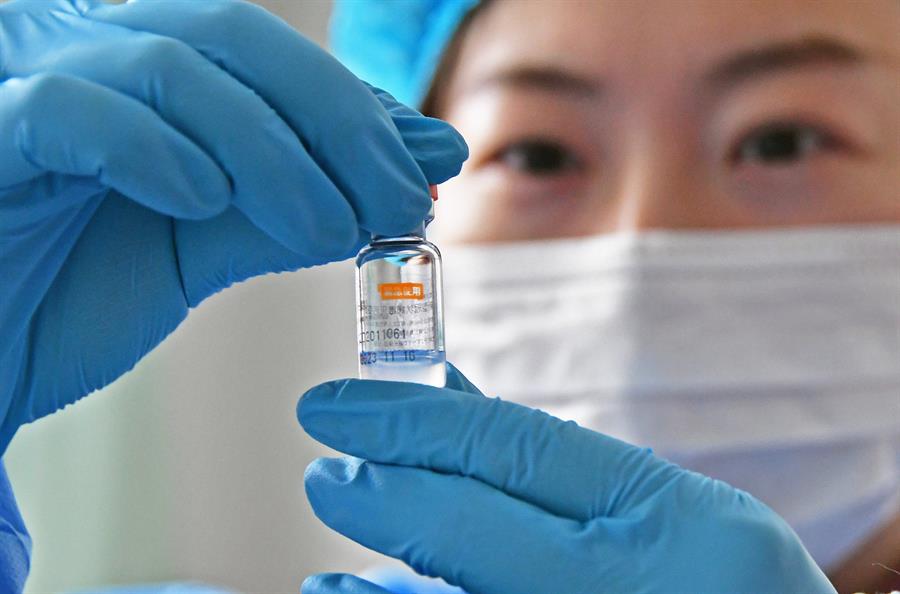 The anti-Covid-19 vaccine developed by China’s Sinovac pharmaceutical laboratory – which will be used and produced in Brazil – is able to halt the coronavirus pandemic despite the fact its efficacy of only 50.38% is much below that achieved by other vaccines, top officials in charge of producing the drug in this country said yesterday.

The Butantan Institute – tasked with developing and testing the vaccine in the South American giant along with Sinovac, and which will be responsible for manufacturing it in Brazil – said despite its relatively low efficacy level compared with other vaccines, the drug was 100% effective in preventing serious Covid-19 cases requiring hospitalisation.

“The study does not allow us to confirm this vaccine will eradicate the disease, but (we can say) that it will be able to control the pandemic via the elevated reduction of hospitalisations,” said the director of medical research at the Butantan Institute, Ricardo Palacios, at a press conference.

Palacios noted none of the volunteers on whom the vaccine was tested and who contracted the disease needed hospitalisation or developed a serious case of Covid-19.

A week after having reported the vaccine had an efficacy rate of 78% in non-serious cases among patients who went to the doctor after showing symptoms of Covid-19, among the 12,508 volunteers who were given the drug in Brazil, the Institute said the so-called global efficacy of the Sinovac vaccine was 50.38%.

The medical research organisation said the global efficacy rate is what indicates the ability of the vaccine to prevent Covid contagion, both in symptomatic and asymptomatic cases as well as in serious or mild cases and among people who either needed or did not need to go to the doctor.

The Institute added that both the World Health Organisation and the National Health Monitoring Agency (Anvisa, Brazil’s regulatory agency) consider a drug to be recommended for use when its global efficacy exceeds 50%.

Asked about the efficacy of more than 94% attained by other anti-Covid vaccines – such as the ones developed by Pfizer and Moderna – the Butantan officials said those laboratories so far have not released all their studies while Sinovac has been completely transparent about the results achieved by its drug.

Although the Sinovac vaccine was developed with traditional techniques – which use the inactivated virus to spur the body to develop defences against the live virus – vaccines that have attained efficacy levels greater than 90% were developed with messenger-RNA modification techniques, which are considered to be the future of immunisation.

According to the Butantan doctors, vaccines with efficacy rates of about 60% have shown themselves to able to control outbreaks of flu and tuberculosis and some with levels of 50% are able to halt epidemics of rotavirus and pertussis, or whooping cough.

“This vaccine is safe, effective and combines all the requirements that justify its being used under emergency conditions,” said Butantan Institute director Dimas Covas.

He said the global efficacy of the vaccine could be much greater than average in Brazil because it was tested in this country among health professionals, who are people in direct contact with the virus and with contagious patients.

He went on to say that if the vaccine would have been tested in Brazil in volunteers from other areas, probably results similar to those attained by CoronaVac in other countries would have been obtained.

In Indonesia, where its use has already been authorised, the efficacy of the Sinovac vaccine was 65.3% and in Turkey 91.25%.

“It’s a very safe vaccine, which reduced the clinical disease in an extreme environment of high exposure. And that allows us to avoid the pressure of the pandemic on the health system. People will not need to go to hospitals because they don’t develop the disease in its serious form.”

The Butantan Institute, which already has 10 million doses of the vaccine on hand, has authorisation to manufacture it in Brazil, and the Brazilian Health Ministry has already announced an initial purchase of 100 million doses for its vaccination campaign.

These 100 million doses of the Sinovac vaccine are in addition to the 254 million doses of other vaccines that have been okayed for use by Brazilian authorities for its immunisation campaign.

Brazil is one of the worldwide epicentres of the Covid-19 pandemic and the country with the second-highest number of deaths from the disease after the US with about 204,000 fatalities. It is the No 3 country in terms of confirmed coronavirus cases with 8.13 million, following the US and India.