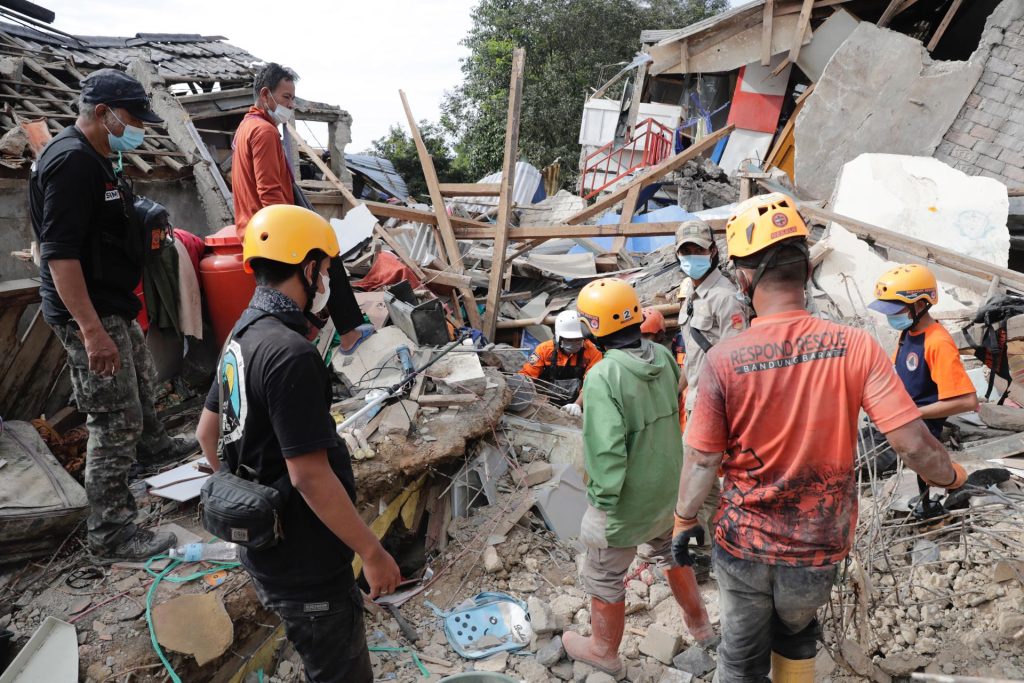 A boy rescued alive from the rubble of his home two days after a powerful earthquake shook Indonesia’s West Java province was responding to treatment at a Cianjur hospital, emergency services said today.

The 6-year-old, named Azka, was admitted to a hospital in Cianjur, epicentre of the earthquake, and was weak but responding to treatment, emergency services told local media.

“He was under concrete structures of the house that were held up by a cupboard … there was a very narrow space for Azka to breathe,” the boy’s uncle Miftahudin said in a video of the rescue that was filmed by emergency services.

The footage shows the exact moment rescuers pulled Azka out alive and without apparent injuries from what had been his bedroom.

“During those hours, Azka was usually asleep in his room alone,” said Miftahudin, adding that both the child’s mother and grandmother died in the house.

According to the authorities, 37% of the fatalities were children as the temblor hit during school hours and wreaked havoc on dozens of educational centres.

“Today one body was found. 272 ​​died, 165 have been identified by name by address, 107 bodies are still being identified,” lieutenant general Suharyanto, head of the National Disaster Management Agency (BNPB), said at the agency’s daily briefing.

The official told reporters that 39 victims were still missing in the village of Cijedil, in Cugenang District, after it was buried by a landslide following the magnitude 5.6 earthquake that struck Indonesia’s most populous province.

More than 1,200 people – including firefighters, search and rescue teams and volunteers – have entered the fourth day of operations to locate 39 people who remain missing.

It is a complex task that has been made more difficult due to aftershocks, torrential rain and the risk of new landslides.

Given these conditions, the authorities acknowledge chances of finding survivors under the rubble are decreasing, although they assured that the work will continue “tirelessly.”

Since the shallow quake struck the island on Monday, 56,311 houses have been reported damaged.

The BNPB chief informed people who had lost family members that they were eligible for state compensation and urged those who could apply to immediately complete a death statement at their local health facilities.

The government is looking to build earthquake-resistant homes in the affected province to rehouse citizens affected by the disaster, and some model units will be erected in the coming days, the agency added.

This is the second presidential visit to the region since the earthquake struck.

Monday’s earthquake is the second deadliest in the country since 2018, when an earthquake and tsunami on the island of Sulawesi killed more than 4,000 people.