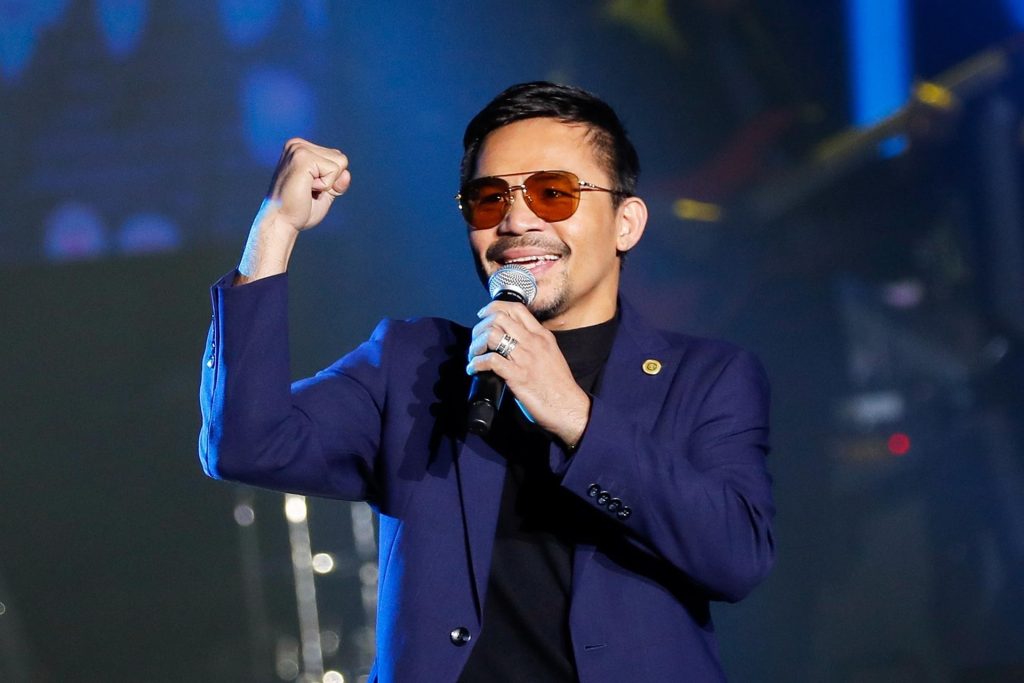 Filipino boxer and senator Manny Pacquiao today confirmed his bid to run for president in the 2022 elections.

Pacquiao accepted the nomination from his faction of the ruling PDP-Laban Party.

“I am a fighter and I will always be a fighter inside and outside the ring,” he said as he accepted the nomination during his faction’s national assembly, which was livestreamed.

Pacquiao, a senator since 2016, was a collaborator and partner of Rodrigo Duterte until June after he criticised the president for his policy with Beijing in the disputed waters of the South China Sea and a month later denounced alleged corruption cases in the Covid-19 aid programme.

The rift caused a split in the PDP-Laban Party, with one side backing Pacquiao and the other Duterte.

Duterte, who won the election in 2016 and has been controversial for his bloody war on drugs, announced in August that he would run for vice president in 2022.

Many analysts speculate whether his daughter Sara Duterte-Carpio, the current mayor of Davao, would run in the presidential election. In the Philippines, presidents cannot, by law, stand for re-election.

Pacquiao, idolised by millions in the Philippines, has flirted with controversy in the past due to his opposition to same-sex marriage and his support for the death penalty, which is abolished in the country.