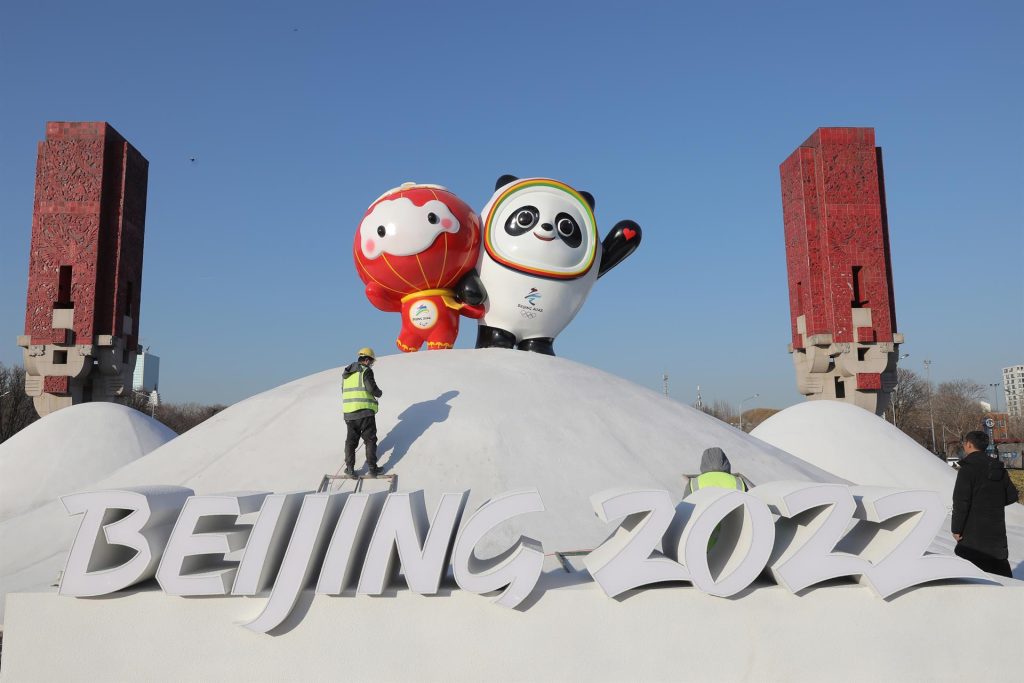 The Beijing Organising Committee for the 2022 Winter Olympics today said it is not contemplating locking down the Chinese capital amid a surge in coronavirus cases in China in recent days.

Placing Beijing under lockdown during the Games “is off the table now,” Huang Chun, an official of the Beijing 2022 Organizing Committee said, according to state-run media Global Times.

Huang said although the omicron variant has already been detected in some Chinese cities including Tianjin – located some 80km (50 miles) from Beijing – “the overall situation is under control.”

In Tianjin, the authorities responded to the first local infections of the variant by prohibiting residents from leaving the city without a negative PCR test result, and have launched a large-scale testing campaign under which they have already tested nine million out of its nearly 14 million population.

“Unless there are large-scale cases in the competition zones, we don’t plan to adjust the Covid-19 countermeasures yet,” Huang said at a briefing in Beijing.

Huang added that while imposing a lockdown in Beijing was not an option at the moment, there was always room to change the policy if required.

The Games will be held in line with China’s “zero Covid-19” strategy and amid the threat posed by the highly transmissible omicron variant.

Athletes, journalists and workers arriving from overseas must remain isolated in a bubble with no contact with the outside world and undergo daily nucleic acid tests.

The unvaccinated will also have to quarantine for 21 days after arriving in Beijing.

The bubble system will officially be in place from Jan 23 – the Games will be held between Feb 4 and 20 – to the end of the Winter Paralympics, to be held from March 4-13.

Members of the staff have already been working inside the bubble since early January.

Beijing will be the first city to host both summer and winter Olympic games, and the authorities want to ensure that everything goes smoothly.

Apart from the sporting event, the spotlight will also be on the diplomatic boycott of the Games by the US and other nations over concerns of China’s alleged human rights abuses and on how the country will conduct the Games amid the pandemic.

Meanwhile, authorities in the Indian capital of New Delhi today ordered the closure of restaurants and offices as a part of its latest restrictions to check growing number of coronavirus infections – as India faces its third wave with 168,063 cases in the last 24 hours.

“It has been observed that numbers of Covid-19 cases (including the cases of omicron variant) have been rapidly increasing over the last few days and positivity rate has crossed 23%,” the Delhi Disaster Management Authority (DDMA) said in a public order.

DDMA ordered the closure of all bars and restaurants – although the latter may still deliver food to people’s houses – and private offices in the capital, with exceptions for activities considered essential.

These new restrictions are in addition to those imposed in recent weeks in New Delhi, such as curfew at nights and on weekends, measures similar to those taken by a large number of Indian states in the face of rising number of cases.

The capital reported 19,166 daily cases today, while in May last year, when India became the global epicentre of the pandemic because of a virulent second wave, New Delhi reached a maximum of 25,000 infections a day.

According to the Ministry of Health, the Asian country recorded 168,063 infections and 277 deaths in the last 24 hours, bringing the total number of cases since the beginning of the pandemic to 35.8 million and deaths to 484,213.

The authorities estimate that the disease could peak between 500,000 and one million patients every 24 hours due to the spread of the contagious omicron variant, of which 4,461 cases have been detected in India so far.

India has administered 1.528 billion jabs of the vaccine against the coronavirus, and 639 million people have received both doses, according to the official Cowin platform.