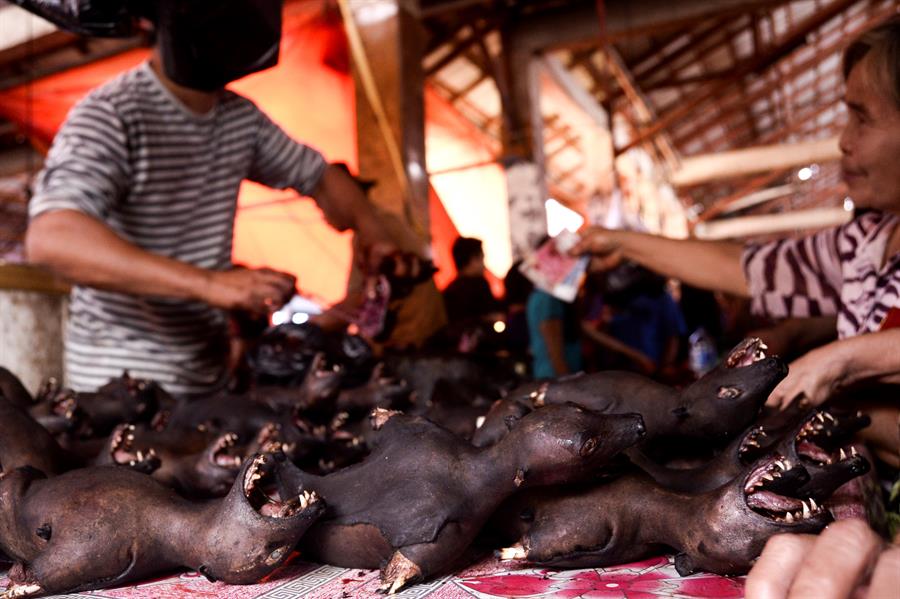 Although scientists believe the Covid-19 coronavirus may have originated from bats, these winged mammals are still being sold in wild animal markets on the Indonesian island of Sulawesi.

Animal rights activists have been calling for the closure of these markets for years – mainly Tomohon, the largest in Sulawesi and known for the sale of bats, snakes, wild rats, dogs and cats for consumption.

“We have campaigned on wild animal trade in Tomohon market, but not just in Tomohon. In most markets in North Sulawesi that traded wild animals,” said Billy Lolowang, an activist from the local nonprofit Tasikoki.

The activist said it is rare nowadays to find animals such as macaques in these types of markets as they were a protected species and that most animals were sold after being slaughtered – except dogs and cats, which are sometimes traded alive.

The main objective of the nonprofit’s campaigns is not only to preserve protected species but also to warn about the risk of animals being carriers of viruses such as SARS-CoV-2, which causes Covid-19.

“So the risks are zoonoses, that is diseases than can transfer between animals and humans,” Lolowang explained on the telephone from North Sulawesi, located in the centre of the sprawling Indonesian archipelago.

The activist said the practice of consuming wild animals may be due to the hunting ancestors of the inhabitants of some parts of the island as well as the custom of including exotic meat in banquets.

“Usually they served meat that are unusual such as bats, snakes, kuskuses, or monkeys,” he explained.

He said some people fear eating bats after the epidemic but others think that nothing like this has happened in Indonesia – as they have been eating wild meat for many years and consider it to be a problem unique to China, the alleged origin of Covid-19.

Scientists believe that SARS-CoV-2 originated in bats but spread to humans through an intermediate animal in the wildlife market in the Chinese city of Wuhan.

Furthermore, the most plausible form of infection is that the animal in question was alive or undercooked.

Chinese authorities temporarily banned the consumption of wild animals at the end of February and are studying a law to completely eradicate this practice.

The Indonesian government prohibits the hunting and consumption of protected wild species, but does not regulate the sale of other wildlife in markets such as Tomohon.

“We coordinate and give an understanding to the public not to consume, hunt, keep as a pet or trade wild animals without licence, but we are not authorized to shutdown the market,” said Lulu Agustina, head of Biosafety at the Indonesian Ministry of Environment.

Agustina said the closure of such markets is the responsibility of the local authorities, not the central government.