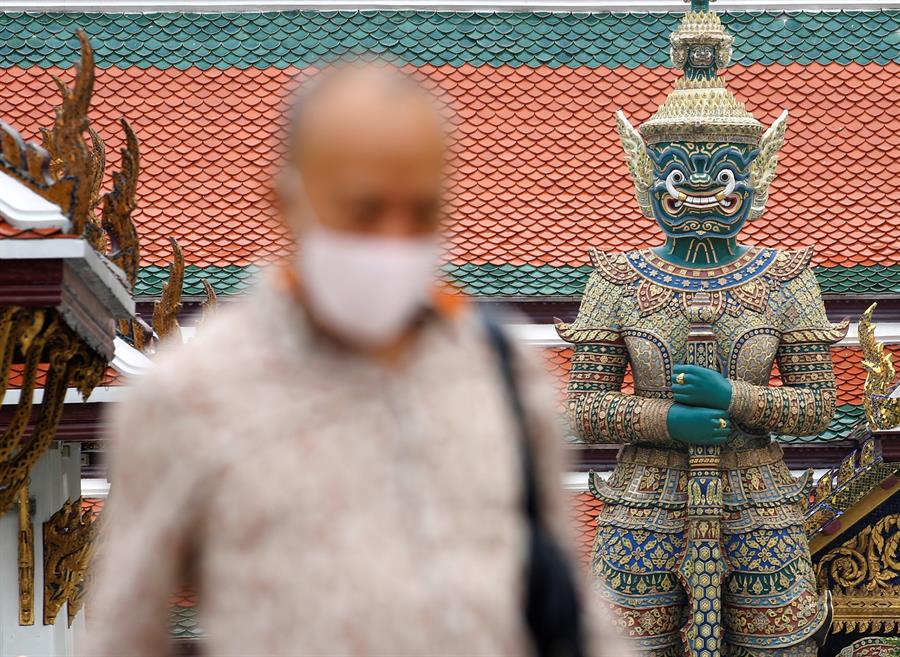 The authorities of Thailand’s capital city today ordered the closure of all bars and entertainment venues in three central districts for two weeks, amid an outbreak of Covid-19 cases linked to a series of establishments.

Bangkok saw an increase in cases over the weekend after at least 45 customers – who had frequented several bars in the popular nightlife areas of Ekkamai and Thong Lor – were found to be infected with the virus. The closure order affects 196 venues.

Thailand has recently kept under control the number of Covid infections, which in recent weeks have ranged between 20 and 60 cases a day, but the figure rose to about 200 yesterday and 250 today.

The measures taken to check the virus cluster come ahead of next week’s celebration of the Buddhist New Year, or Songkran, the most important holiday on the Thai calendar and renowned for the biggest water fights in the world.

At this time, millions of people return to their family homes in other provinces or holiday throughout the country, although, as with last year, the parties and big celebrations have been cancelled.

The health authorities will also propose to designate the entire capital, where around 10.5 million people reside, along with four other neighbouring provinces, as a “red zone” or maximum control area – a decision that the committee designated to control Covid-19 in the country must ratify tomorrow.

If it passes, all bars and restaurants in the capital and the other red zones will be again forced to close at 9pm and will not be able to serve alcoholic beverages.

Educational campuses, shopping centers and other businesses, meanwhile, may operate normally, but under strict health and safety protocols.

The vaccination programme has been slow, with only 240,000 doses administered throughout the country, which has a population of around 70 million people, so far.

Since January 2020, when Thailand detected the first Covid-19 outside China in its territory, a total of 29,571 cases have been confirmed, including 95 deaths. About 25,330 of those have occurred since an outbreak declared on Dec 15 on the outskirts of the capital.