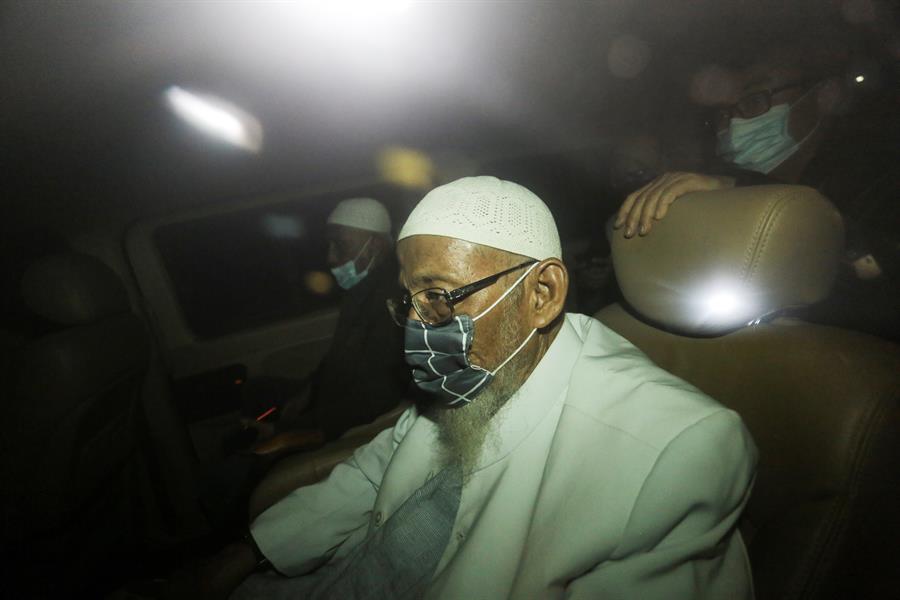 Indonesia today released the radical cleric and alleged mastermind of the extremist 2002 attacks in Bali, Abu Bakar Bashir, after he served his prison sentence, according to official sources.

The alleged mastermind behind the series of bomb attacks – which killed 202 people of more than two dozen nationalities – was released yesterday from Gunung Sindur prison, south of Jakarta, Department of Corrections director Rika Apriandi said in a statement.

However, authorities granted him several sentence reductions – for a total of 55 months – which has allowed him an early release.

Bashir is considered the spiritual leader of the Yemaa Islamiya, the link of Al Qaeda in Southeast Asia founded in 1995. The organisation aims to create an Islamic caliphate in Indonesia, Malaysia, Singapore, the southern Philippines and Thailand.

Indonesian president Joko Widodo announced a year ago the cleric would be released before serving his sentence – on humanitarian grounds, due to his advanced age and fragile health.

Earlier in the week, the government of Australia – the country from which 88 of the fatalities of the 2002 attack came – showed its dissatisfaction upon learning of Bashir’s early release.

Bashir’s release comes a month after Indonesian counterterrorism forces arrested Aris Sumarsono, alias Zulkarnaen, accused of participating in the attacks that killed 202 people in Bali in 2002 and an alleged military leader of Yemaá Islamiya.

The majority of the inhabitants of Indonesia, the country with the highest number of Muslims in the world, practise a moderate Islam that coexists peacefully with other religions throughout the archipelago, although there are several extremist groups which target non-Muslims.