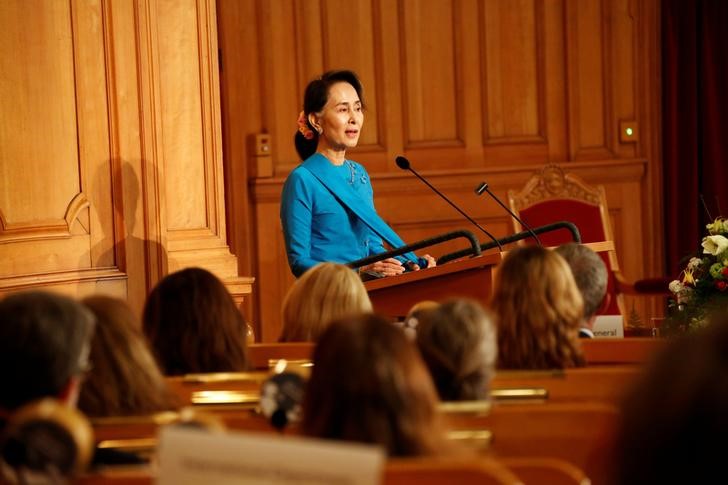 A special court delivered the sentence, delayed on two occasions, on two charges of possession of unlicensed walkie-talkies and signal jammers – in violation of the country’s export-import law and its telecommunications law.

Suu Kyi was sentenced to two years and one year in prison under each law respectively, to be served concurrently, which means she will spend two years in jail.

She was also sentenced today to another two years in prison for violating coronavirus restrictions while campaigning for the November 2020 elections.

The elected leader was already sentenced to four years in prison in early December on two other charges, but her sentence was later halved by the military junta.

Suu Kyi has denied all charges, but little is known about the closed-door proceedings. In October, her lawyers were issued with gag orders forbidding them from releasing information.

Suu Kyi, 76, has been facing around a dozen charges launched against her after being overthrown during the military coup on Feb 1 – including allegations of corruption and violating the Official Secrets Act. If found guilty of all charges, she could spend the rest of her life in prison.

The coup plunged Myanmar into a deep political, social and economic crisis and unleashed a spiral of violence with the formation of new civilian militias that have exacerbated the decades-long guerrilla conflicts with the military.

The junta justifies the coup by alleging electoral fraud during the general election of November 2020, the result of which it has since annulled, but in which Suu Kyi’s party won by a landslide with the endorsement of international observers.

Since the coup, at least 1,447 people have been killed as a result of violent repression by security forces, according to the Assistance Association for Political Prisoners (AAPP).

The AAPP also claims the military has arrested more than 11,400 people, including Suu Kyi and several members of her government.