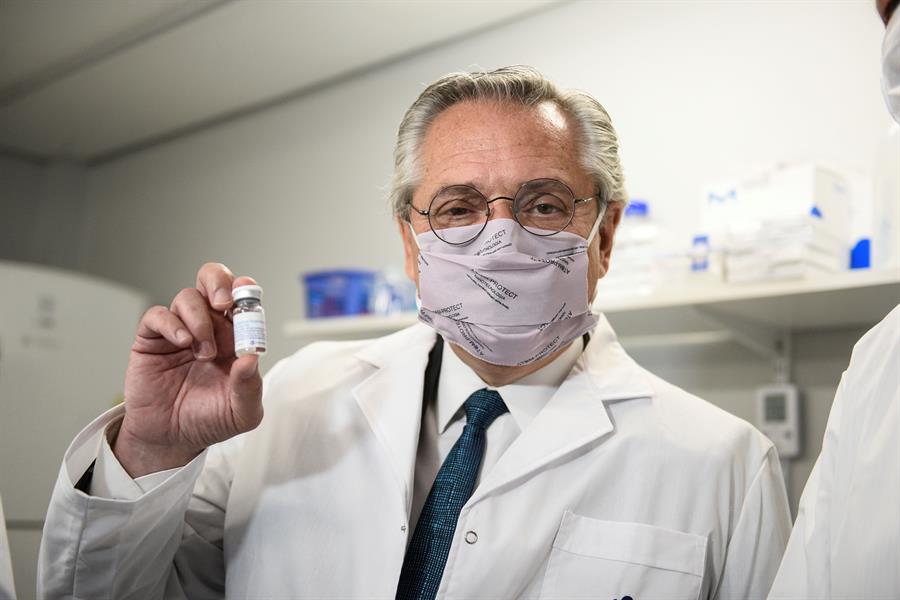 The hyperimmune serum produced from horses in Argentina completed the last phase of its clinical studies and “demonstrated efficacy and safety” in serious Covid-19 cases, according to a statement issues by the government yesterday.

This particular serum, distribution of which will begin this week throughout the country, “is an immunotherapy based on equine polyclonal antibodies, which blocks the neutralising capacity of the SARS-CoV-2 virus and prevents its propagation,” and in addition “it has the advantage that it can be produced quickly and on a large-scale basis,” the statement said.

The clinical study – on the basis of which the National Medicines, Foods and Medical Technology Administration (ANMAT) approved its use on Dec 22 – achieved positive results in lowering mortality (45%), reducing the number of required days of intensive therapy (24%) and reducing the need for the use of ventilators (36%).

The study evaluated the safety and efficacy of the drug in 242 patients aged 18-79 with moderate to severe illness caused by Covid-19, as confirmed by a PCR test, within 10 days of the onset of symptoms and requiring hospitalisation.

President Alberto Fernandez yesterday visited the facilities of the Inmunova biotechnology firm on the campus of the San Martin National University – which together with other public and private scientific centres – developed the serum, which will now be distributed to hospitals, clinics and sanatoriums, and he expressed his “pride” over the results that had been achieved.

Production of the serum is the result of a public-private effort headed by the Inmunova lab, the Argentine Biological Institute and the Dr. Carlos G. Malgran National Laboratories and Health Institutes Administration.

The serum project was one of the 84 initiatives selected by the government for co-participation and financing of US$100,000 – and within the span of 10 months researchers managed to create a serum that prevents the coronavirus from entering cells in lab tests.

Health care workers were at the head of the line on Dec 29 as Argentina began nationwide Covid-19 vaccinations using Sputnik V, developed by Russia’s Gamaleya Research Institute. The first 300,000 doses arrived in Argentina on Dec 24 and then were delivered to distribution points around the country on Dec 28.

Russia has faced criticism for authorising use of Sputnik V prior to the conclusion of large-scale clinical trials.

As of Sunday, more than 1.72 million Argentines had been officially confirmed as Covid-19 cases and 44,495 of them had died.