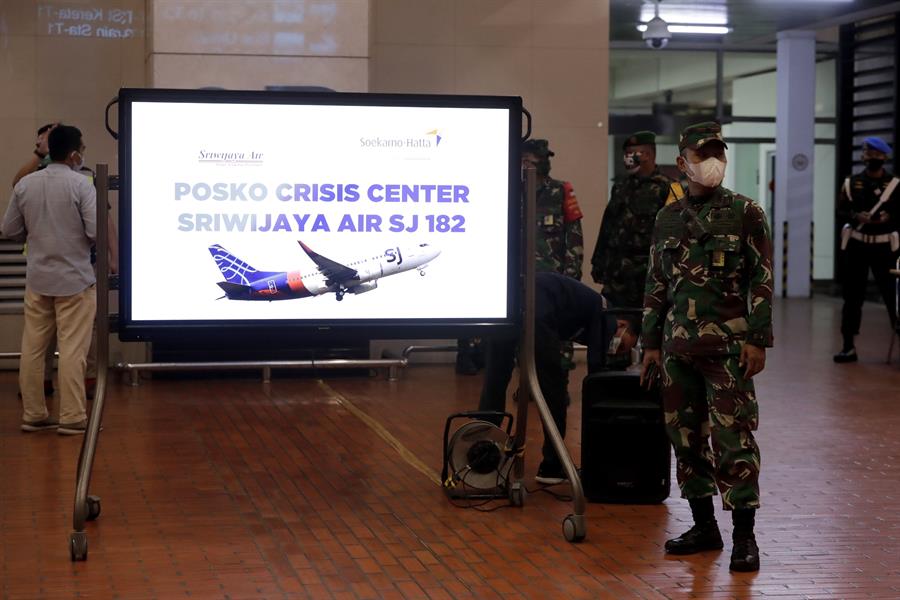 A Sriwijaya Air jetliner, which lost contact after taking off from Jakarta, was confirmed to have crashed into the waters of Thousand Islands, Jakarta.

Indonesian transport minister Budi Karya Sumadi, in a media broadcast via webinar tonight, said the aircraft was believed to have plunged into the sea around Pulau Laki and Pulau Lancang, in the waters of Thousand Islands.

“The president (Joko Widodo) has ordered us to maximise search efforts.”

He said 13 minutes after taking off, the aircraft abruptly changed direction and lost altitude – prompting the control tower to ask the pilots what was happening when the aircraft suddenly disappeared from the radar, said the minister, who expressed his “regret” over the incident.

The last contact with the control tower was at 2.40pm Eastern Indonesia time.

The Boeing 737-524 aircraft carrying 56 passengers – including  three infants and seven other children – and six crew members was reported to have lost contact after taking off at 2.36pm Western Indonesia time.  It is not yet known whether there were foreign citizens among them.

Police reported they have set up a body identification station at a hospital in eastern Jakarta where the families and relatives of the victims will receive counselling, according to the local website Detik.

Fishermen in the vicinity told local media that they had witnessed an explosion and found the possible debris of a plane crash floating in the sea.

In images distributed by the local portal KompasTV, several fishermen who were at sea showed cables and other equipment that they had found in the vicinity of the place where the trail of the plane was lost. According to a statement from the Malaysian Embassy in Jakarta, the embassy had been informed that no Malaysian citizen was involved in the mishap.