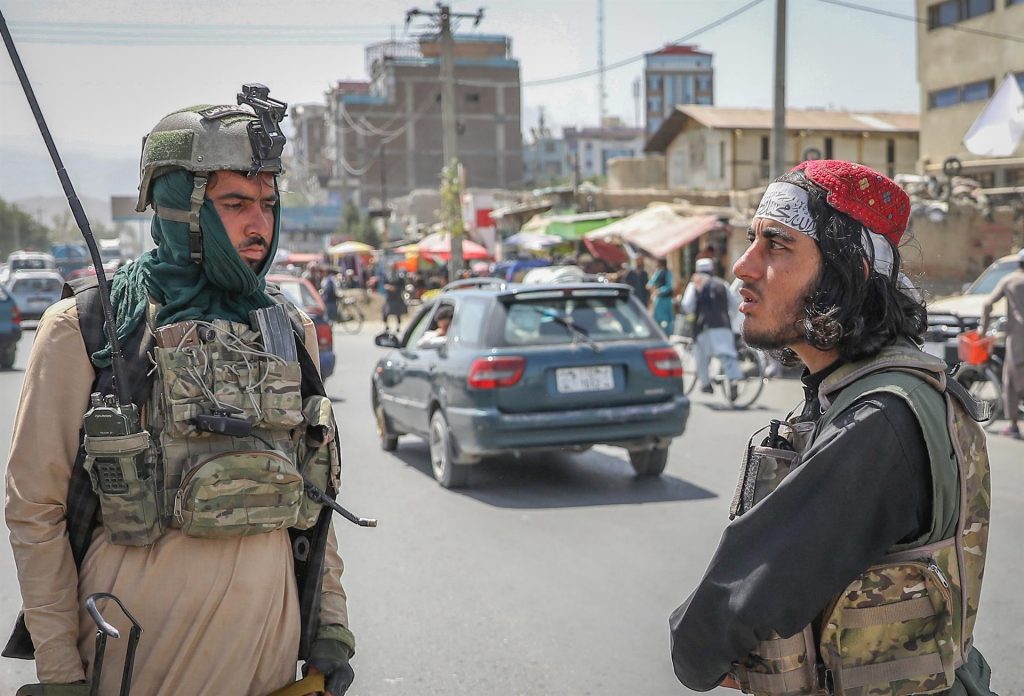 The de facto Taliban government has formed a nine-member committee to facilitate the reopening of secondary schools for Afghan girls – that have remained shut for nearly 10 months of the Islamist rule.

The decision to form the panel on formulating rules and regulations regarding schools for girls between 12 and 18 years coincided with the visit of Richard Bennett, the UN Special Rapporteur for Afghanistan on human rights.

Girl students above Class 6 have not been to school since the Taliban seized power in Kabul on Aug 15 last year – even as primary schools for female students have been allowed.

Education and employment rights of women have always been one of the main demands of the international community to recognise the Taliban rule in Afghanistan.

The Taliban announced they would allow girls above Class 6 to return to schools on March 23, the first day of the school year in Afghanistan after the winter break – on a condition that classrooms would be segregated on a gender basis and only female teachers would instruct them.

However, the Islamist regime reneged on its promise and barred Class 7 to 12 girls from attending schools – pending a decision on their uniform designs according to Islamic law.

The formation of the committee was announced on the same day UN rights expert Bennet concluded his 11-day assessment trip to Afghanistan.

Bennett yesterday said the war-battered country faced grave human rights challenges and urged the de facto Taliban government “to close the gap between their words and their deeds.”

He particularly mentioned the “advancing erasure of women from public life is especially concerning.”

Bennet said the Taliban diktats on females “fit the pattern of absolute gender segregation…aimed at making women invisible in society.”

He cited the suspension of secondary education for girls, severe barriers to employment, no opportunities to participate in political and public life, limits on freedom of movement, association, and expression, directives on mahram (male family member chaperone), enforcing a strict form of hijab and advice to stay at home.

Bennet called on the Taliban to immediately reverse policies and directives that negatively impact women.

The Taliban came to power with a series of promises of change. During their first stay in power between 1996 and 2001, the Islamists followed a rigid interpretation of Islam that led them to ban female education and confine women to their homes.

The Taliban authorities also welcomed today a recent statement by the UN Security Council (UNSC) underlining the need for humanitarian assistance amid the economic crisis in the country – but brushed aside criticism about the erosion of women’s rights, especially concerning the imposition of the hijab or Islamic veil.

The Islamist government “welcomes decision by UNSC member states on the revival of Afghanistan’s banking and humanitarian aid to the Afghan people,” according to a statement released by the Ministry of Foreign Affairs in Kabul.

In this regard, it called upon the US to “unconditionally release” Afghanistan’s assets and lift all sanctions weighing on the country since the extremists seized power in August last year with the pullout of foreign troops.

Further, the Taliban said the UN’s concerns on the situation of women’s right was “unfounded,” and reaffirmed its “commitment” to ensure the rights of women, children and minorities within the “accepted religious and cultural framework” of the Afghan people.

The Islamists considered the imposition of the hijab to be in line with the “religious and cultural practices” of a majority of the people and claimed that “nothing has been imposed on the Afghan people” that goes against the practices and beliefs of an Islamic society.

It also called on the international community to respect the “religious and cultural values of the Afghan people” and not make judgments based on “malicious and antagonist” reports by some media or “propaganda” by forces opposed to the Taliban.