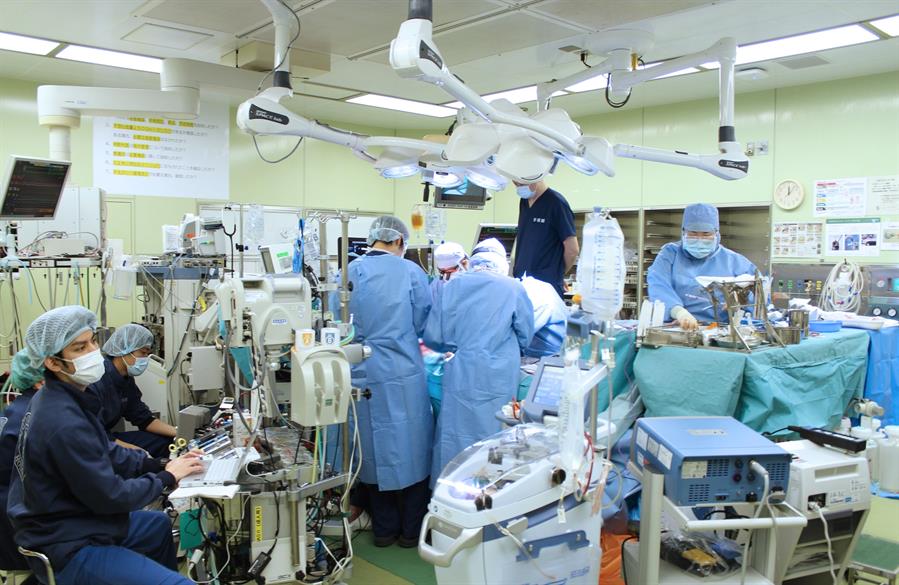 A medical team from Kyoto University Hospital in western Japan today announced it has successfully performed the first lung transplant from living donors to a patient with severe lung damage caused by Covid-19.

The patient is a woman who developed pneumonia after becoming infected with the coronavirus at the end of last year and who had received extracorporeal membrane oxygenation after her lungs were damaged by the virus, the hospital said in a statement.

A medical team comprising of about 30 specialists performed the transplant yesterday and the patient has responded well to the procedure.

The patient, who has already tested negative for Covid-19 and has been on assisted respiration for three months, is expected to be discharged within two months and will be able lead a normal life in another month.

The donors were the patient’s husband and the son, who respectively donated part of their left and right lungs.

According to the Kyoto University Hospital, this is the first successful living-donor lung transplant to be carried out in the world.

Although several dozen lung transplants from brain-dead donors have previously been performed in other countries, none of have been carried out using living donors, the Japanese hospital said in its statement.