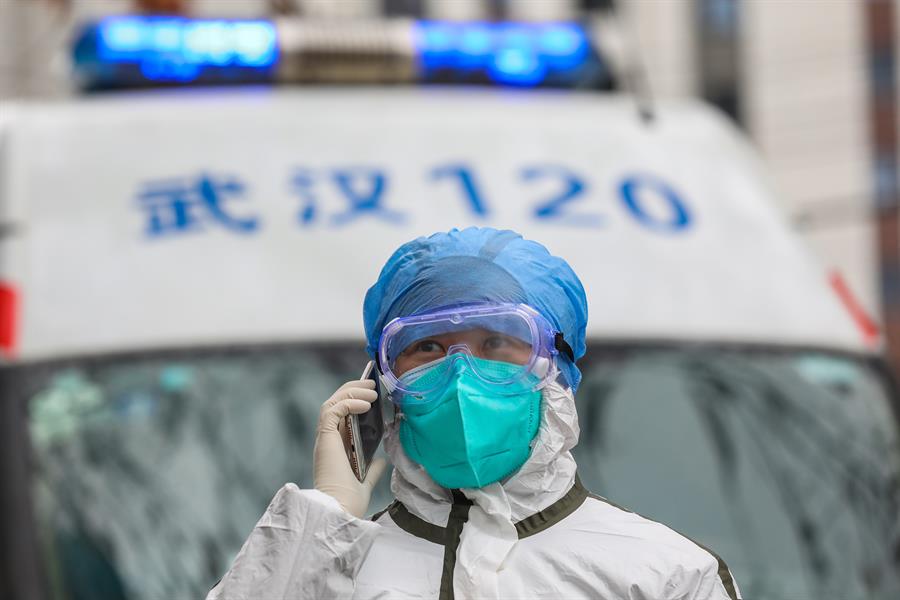 The victim was an 80-year-old woman who lived in Kanagawa Prefecture, south of Tokyo, according to the Ministry of Health.

Authorities have not yet been able to establish how the woman, who had never travelled outside the country, was infected.

Investigations have begun to find out details of the case.

The woman went to a hospital on Jan 22 – complaining of fatigue – and her condition was under observation, according to sources from the Ministry of Health quoted by public news channel NHK.

On Feb 1, she was admitted to a medical centre and diagnosed with pneumonia, and over time her condition worsened until she died today.

Tests found she had been infected with coronavirus, which emerged in December in the Chinese city of Wuhan.

The death in Japan came after authorities reported that a Tokyo taxi driver had also tested positive for the virus.

It was the third death from the virus outside of mainland China, after one in the Philippines and another in Hong Kong.

Around 250 people have tested positive for the virus in Japan, most of them passengers or crew of a cruise ship that arrived in the city of Yokohama.

Of the confirmed cases in the country, 218 were passengers or crew on the Diamond Princess cruise ship, which was quarantined on Feb 3 and is moored in Yokohama.

Nearly 30 other people have also been infected with the coronavirus, some of them Japanese residents who lived in Wuhan and were repatriated to Japan.

There was a surge of cases in China after authorities in the country changed diagnosis techniques.

The infection rate shot up by 15,000 and officials also reported 254 deaths in 24 hours, the largest one-day increase.

The jump in figures saw the number of coronavirus cases in China jump to 59,805 with the death toll reaching 1,367.

Local officials in Hubei province, ground zero for the disease that has since been named Covid-19, have been felled in a purge.

Hubei province’s Communist Party chief was replaced today by Ying Yong, seen as being close to China president Xi Jinping and had until now been the mayor of Shanghai.

Two senior officials of the Hubei health commission were also relieved of their duties and replaced by the deputy director of the National Health Commission, Wang Hesheng, who is part of a government committee specifically created to tackle the coronavirus.

Public anger on social media hit fever pitch after Dr Li Wenliang, who was reprimanded by officials for “spreading rumours” after he voiced an early warning about the coronavirus outbreak, died from the disease.

Li has since been heralded as a hero by many social media users in China.

“There is something historical happening right now in China,” said a Chinese citizen. “There is a hero who passed away silently with a noble epitaph built by millions of people’s prayers, tears, and anger.”

Meanwhile, the Singapore Ministry of Health (MoH) today confirmed and verified eight more cases of Covid-19 in the republic, all of which are linked to previous cases.

The new positive cases bring the tally to 58.

In its daily update, MoH said two of the new confirmed cases, both Bangladesh nationals, are linked to the Seletar Aerospace Heights construction site while five are linked to the Grace Assembly of God church.

The other one new positive case is a family member of the 50th case who works at DBS Asia Central at Marina Bay Financial Centre.

All the eight new cases have no history of recent travel to China and are now warded in isolation rooms at the National Centre for Infectious Diseases (NCID).

Updating on the condition of confirmed cases, MoH said to date, 15 cases have fully recovered from the infection and have been discharged from hospital.

Of the 43 confirmed cases who are still in hospital, most are stable or improving while seven are in critical condition in the intensive care unit.

As at noon, MoH said, 711 of the suspected cases have tested negative for Covid-19 while test results for the remaining 82 cases are pending.

The ministry said it has identified 1,278 close contacts, of which 1,144 have been contacted and are being quarantined or isolated while efforts are ongoing to contact the remaining 17.