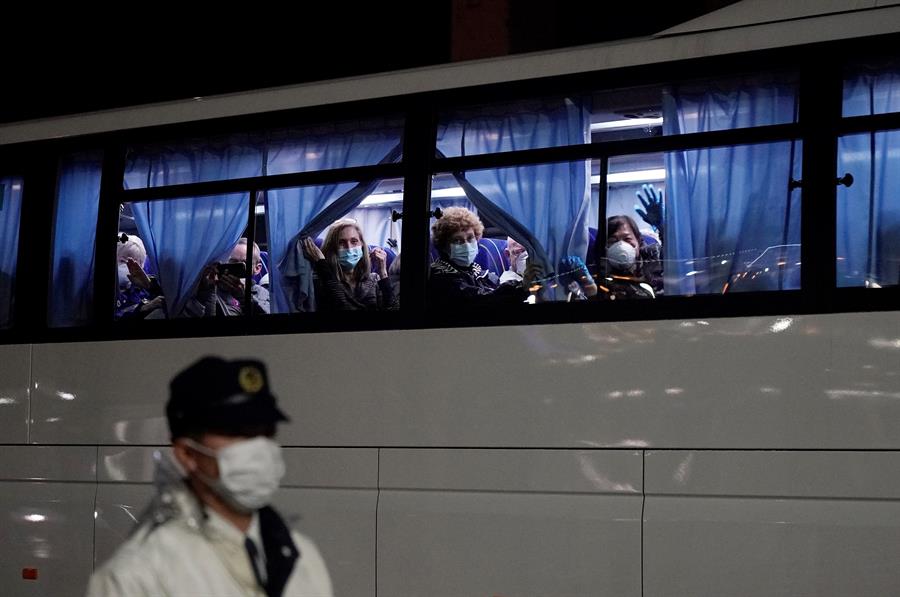 The US Department of State today announced 14 US nationals evacuated from the Diamond Princess cruise ship have tested positive for coronavirus.

This is in addition to the 40 US citizens who stayed behind in Japan after testing positive for the Covid-19 infection before the evacuation proceedings.

“During the evacuation process, after passengers had disembarked from the ship and initiated transport to the airport, US officials received notice that 14 passengers, who had been tested 2-3 days earlier, had tested positive for Covid-19,” the State Department said in a statement.

The statement went on to say the infected passengers have been placed in special containment areas on the evacuation aircraft, Sputnik reported.

Altogether, some 300 US citizens have been evacuated off of the coronavirus-stricken luxury cruise ship, with 40 of them admitted into Japanese hospitals for medical attention.

The Diamond Princess cruise ship was quarantined off the Japanese port of Yokohama on Feb 3, where it is set to remain until at least Feb 19. There were initially 3,700 people aboard, with the number of infected growing daily.