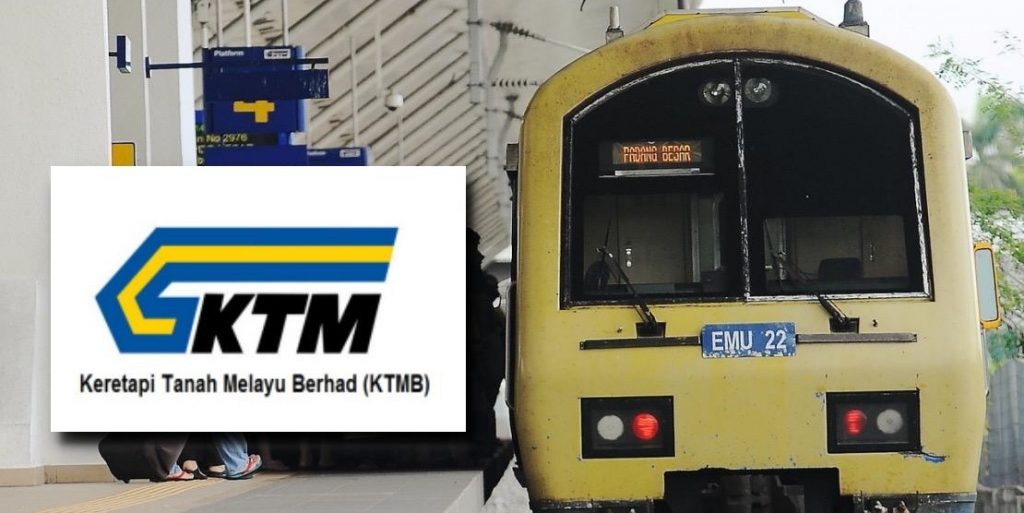 Keretapi Tanah Melayu Bhd (KTMB) is reducing the frequency of its train services effective Wednesday until the end of the movement control order (MCO) period on March 31 – delayed by a day as many commuters have bought the tickets for tomorrow’s train services.

“On weekends, the Komuter train service will also reduce its frequency to 138 from the current 167.

“For the Tebrau Shuttle train services between Johor Bahru Sentral and Woodlands Station in Singapore, the train frequency will also be reduced to eight a day from the normal 31,” he said in a statement today.

Also reduced is the train frequency for the SkyPark Link service connecting KL Sentral Station with the Sultan Abdul Aziz Shah Airport in Subang – to only eight a day from the current 32.

Kamarulzaman said the frequency reduction was made to optimise the train operations in line with the government directives throughout the period of MCO to reduce interstate movements.

The operations of all these trains would be reviewed from time to time depending on the needs and the latest government’s directives, he said.

Kamarulzaman said passengers can also change their travel dates or cancel tickets at the KTM station counters or through its website at www.ktmb.com.my. Members of the public can also obtain latest information on the train services through the website or contact KTMB Call Centre at 03-22671200.

ERL said the KLIA Ekspres and KLIA Transit will run as a combined service at 30-minute intervals from 6am to 10am and 5pm to 10pm daily. “Please note that there will be no train services at other times.”

During the closure, Prasarana said in a statement applications for new MyRapid concession cards can be made online at Rapid KL’s official website at www.myrapid.com.my. Each application must be accompanied by relevant supporting documents as published on the website.

“Those who would like to renew their existing concession cards, can also submit applications through the website. The processing time for new applications and renewals will be about 14 working days.”

The statement added that all Touch ‘N Go related transactions or the purchase and renewal of My50, will need to be done at the Pasar Seni LRT customer service counter, located above the bus hub.

Meanwhile, customer service counters in Penang located at Komtar, Weld Quay, Penang Sentral and Bukit Jambul, as well as Hab Bandar in Kuantan, Pahang will be also closed until further notice, according to the statement.

“Rapid Penang customers with expired Mutiara Passes or with insufficient balances may still ride on buses by showing their passes to our bus captains when boarding.”

PLUS Malaysia Bhd will be temporarily closing all of its surau located along its toll plaza lay-bys and Rest Service Areas (R&R’s) on its highways with immediate effect until the MCO ends on March 31.

PLUS, in a statement today, said the move was taken in accordance with the government’s directive to avoid crowds gathered simultaneously as a precaution to eliminate Covid-19 transmission.

Customers are encouraged to practice social distancing when using the R&R’s public toilet facilities and at petrol stations, the statement read.

Petrol stations in six districts in Pahang, which were initially ordered to halt operations from 7pm to 7am, are now allowed to operate as usual.

However, Pahang state secretary Datuk Dr Sallehuddin Ishak said only fuel refilling services were allowed while its convenience stores were not allowed to operate from 10pm until 6am.

He said the directive would take effect from tomorrow (March 21) until March 31 or until the MCO period to curb the Covid-19 outbreak ends.

“This is for the convenience of the public to refuel their vehicles. However, the closing hour instructions for other business premises as stated earlier remain the same,” he said in a statement.

Yesterday, Menteri Besar Datuk Seri Wan Rosdy Wan Ismail announced that all business premises, including petrol stations, in Kuantan, Pekan, Temerloh, Jerantut and Bentong have to stop their operations from 7pm to 7am tomorrow.

The directive has been in force in Cameron Highlands since Wednesday.