Four men were injured in two accidents at two construction sites in the city today – one in Persiaran Stonor and the other in Cheras.

In the Persiaran Stonor incident, a 34-year-old man was injured in the left leg after a crane he was operating crashed at about 10.30am at the construction site near the Vietnamese embassy.

“Firefighters cut the pile and removed him at about noon. He was sent to the Kuala Lumpur Hospital.” 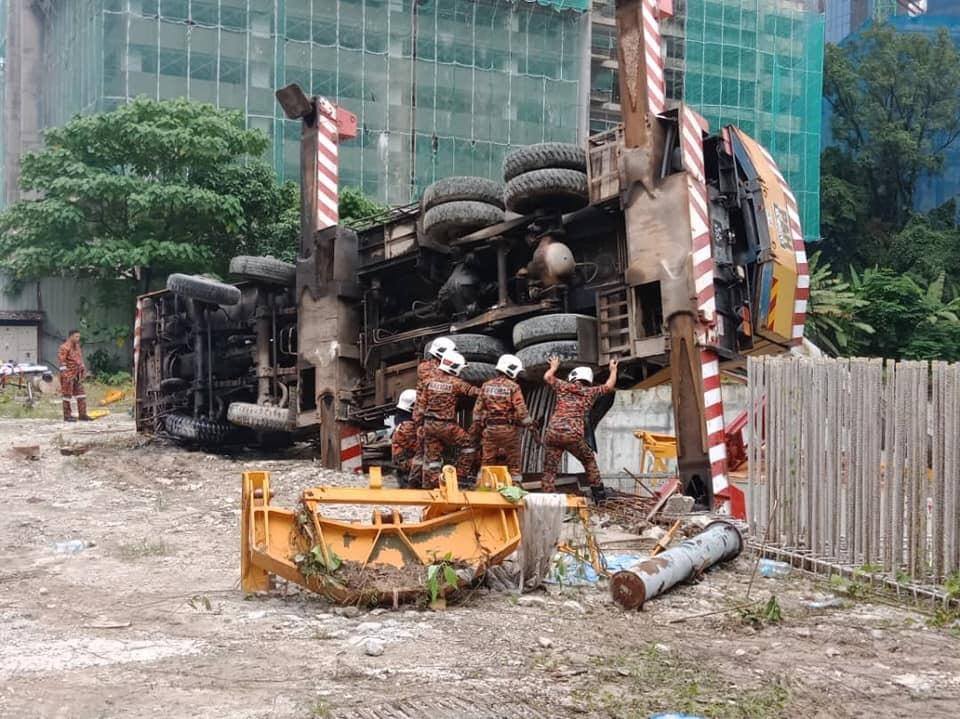 In the other accident, at the site of the elevated Sungai Besi-Ulu Kelang Expressway (SUKE) project near Taman Connaught, Cheras, three construction workers – all China nationals – were injured after a piling steel frame fell on them at 3.30pm.

“All three were taken to the Universiti Kebangsaan Malaysia Hospital,” he said in a statement.