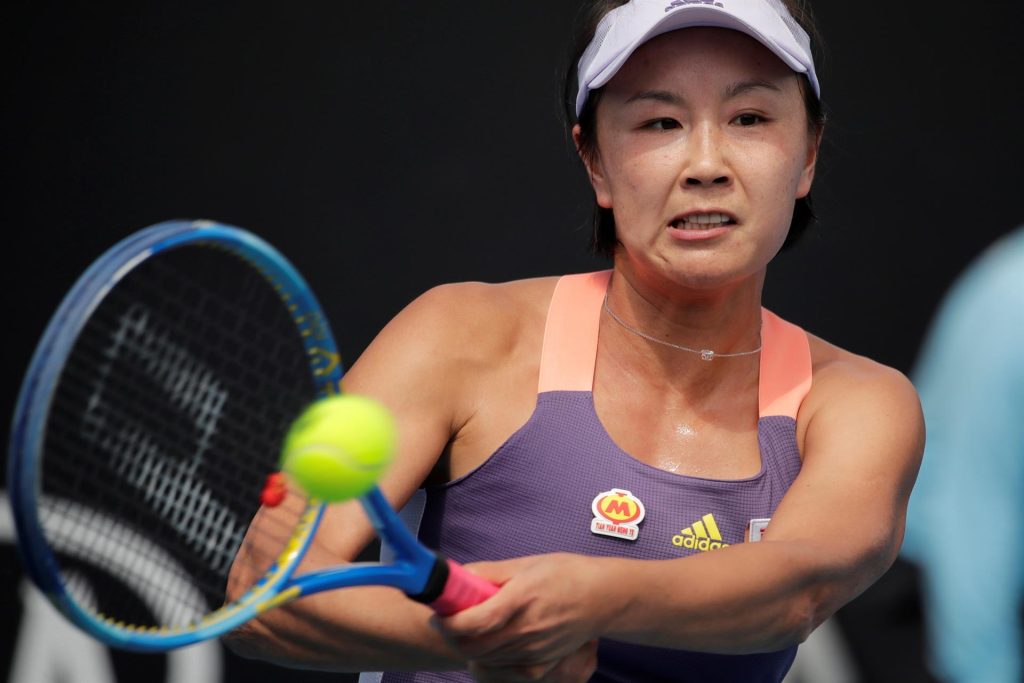 WTA chairman and CEO Steve Simon said in a statement the suspension also applies to its tournaments in Hong Kong and is effective immediately.

“I don’t see how I can ask our athletes to compete there when Peng Shuai is not allowed to communicate freely and has seemingly been pressured to contradict her allegation of sexual assault,” Simon said.

A total of nine tournaments in 2022 are to be suspended, including the WTA Tour’s showcase year-end event – the elite, eight-woman WTA Finals – in Shenzhen.

“The WTA will do everything possible to protect its players. As we do so, I hope leaders around the world will continue to speak out so justice can be done for Peng, and all women, no matter the financial ramifications,” Simon added.

The Peng matter began on Nov 2 when the 35-year-old former French Open and Wimbledon doubles champion said in a 1,600-word post on her verified account on Weibo, China’s Twitter-like platform, that retired vice premier Zhang Gaoli, now 75, had pressured her into having sex around three years ago.

The post was deleted about 30 minutes later and Peng’s whereabouts was unknown for several days – prompting expressions of concern from major tennis stars including Serena Williams, Naomi Osaka and Novak Djokovic.

In an attempt to calm the situation, Chinese state-run English-language outlet CGTN on Nov 17 published an e-mail on Twitter that it said Peng had written to Simon.

In that email, she said the allegation of sexual assault “is not true” and that she is not missing but rather “resting at home and everything is fine.”

But Simon responded by saying that same day that the statement only raised his concerns for the player’s well being, adding that he has a “hard time believing that Peng Shuai actually wrote the email we received or believes what is being attributed to her.”

A video that showed Peng dining in Beijing and was shared by Chinese media also did not allay concerns among the tennis community, nor did photos of her that appeared on her WeChat account.

The UN, Amnesty International and other organisations also expressed deep concern about the lack of contact with Peng, as did US president Joe Biden’s administration.

The WTA said in mid-November that it had not been able to contact Peng either by phone or email and threatened to suspend all tournaments currently played in China despite the impact it would have on its business.

Shortly afterward, Peng spoke via video call with International Olympic Committee president Thomas Bach, saying she was doing well and currently in Beijing and asking for respect for her privacy.

No images of the call were released other than a photograph.

It remains to be seen how the ATP Tour – which also has several tournaments in China, albeit fewer than the WTA, and has released statements expressing concern for Peng’s wellbeing – will respond to yesterday’s move.

Simon, meanwhile, reiterated in his latest statement the WTA’s call for a “full and transparent investigation – without censorship – into Peng Shuai’s sexual assault accusation.”

“I very much regret it has come to this point. The tennis communities in China and Hong Kong are full of great people with whom we have worked for many years. They should be proud of their achievements, hospitality and success.

“However, unless China takes the steps we have asked for, we cannot put our players and staff at risk by holding events in China.”