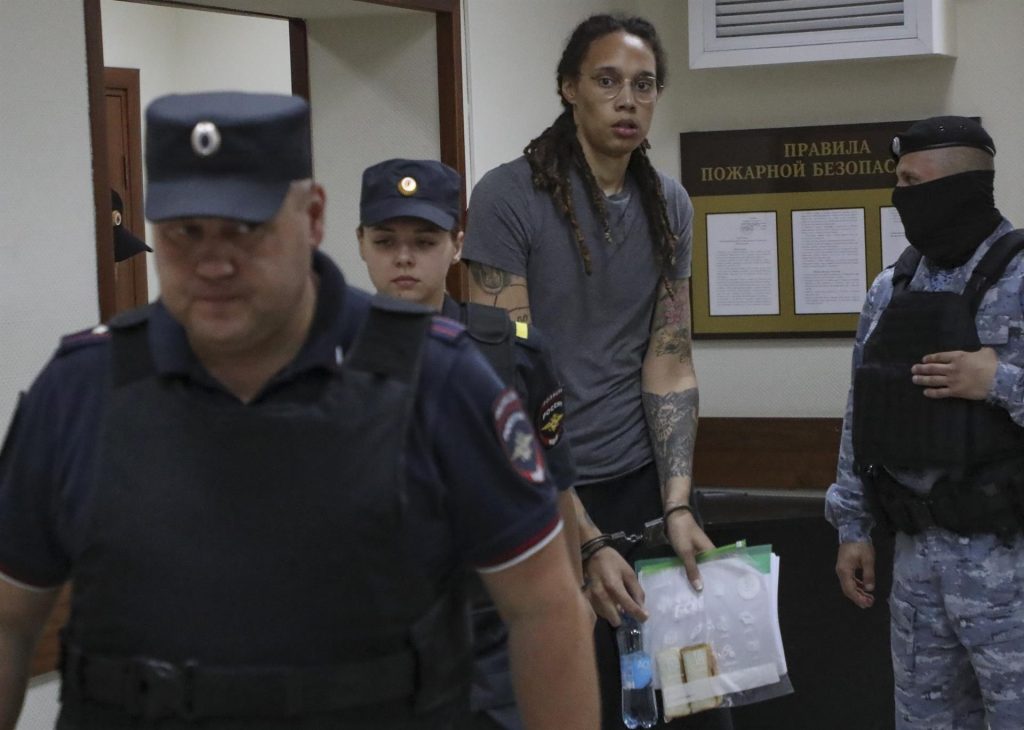 US basketball star Brittney Griner was sentenced to nine years in prison by a Russian court yesterday for drug possession and smuggling.

Griner, 31, was arrested in February after customs officials at Moscow airport found a small amount of cannabis oil in her luggage.

The sentence is one year less than the maximum of 10 allowed under Russian law, and six months less than the prosecution had demanded.

The Olympic and world champion, who played for UMMC Ekaterinburg during the WNBA’s off-season, has also been ordered to pay a fine of one million rubles (more than US$16,000).

In reading the verdict and sentencing, judge Anna Sotnikova said that mitigating factors in the prison term were Griner’s admission of guilt and her sporting achievements.

Griner, showing little emotion, said she understood the ruling despite its severity.

Her lawyers said they will appeal the ruling.

Ahead of the verdict, Griner, who had pleaded guilty to the charges last month, read an emotional statement to the court in which she asked for leniency.

“I made an honest mistake and I hope that in your ruling that it doesn’t end my life here. I know everybody keeps talking about political pawns and politics, but I hope that that is far from this courtroom.”

US president Joe Biden issued a statement after the ruling, which he called “unacceptable” and accused Russia of “wrongfully detaining” Griner.

“I call on Russia to release her immediately so she can be with her wife, loved ones, friends, and teammates.

“My administration will continue to work tirelessly and pursue every possible avenue to bring Brittney and Paul Whelan home safely as soon as possible.”

US secretary of state Antony Blinken last week proposed to his Russian counterpart Sergey Lavrov the exchange of Griner and Whelan – who was sentenced to 16 years for espionage – for the so-called “merchant of death” Victor Bout, who is serving 25 years in a US prison on weapons trafficking charges.

Kremlin spokesman Dmitry Peskov has denied the criminal proceedings against the basketball player have political overtones.

Russia and the US recently exchanged the American student Trevor Reed, sentenced to nine years in prison for resisting arrest, for the Russian pilot Konstantin Yaroshenko, sentenced in the US to 20 years for drug smuggling.