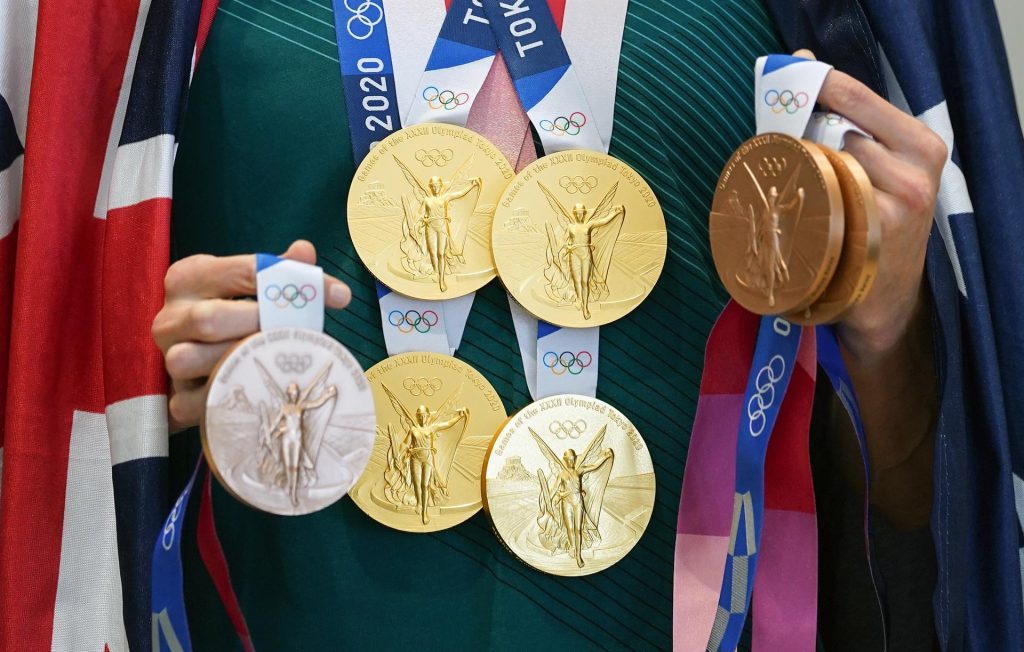 The Tokyo 2020 Games came to an end after 16 eventful days of competition – which were not short of records and memorable moments – despite being held during a global pandemic, without fans in attendance.

Jamaican sprinter Elaine Thompson-Herah became the first woman to win the 100m and 200m races at two Olympic games. She is also only the second woman to win at least five gold medals – having also won the 4x100m relay – behind Allyson Felix (7).

The US concluded the Tokyo 2020 Games atop the medal table for the third Games in a row with 39 gold medals, one ahead of China.

A record 94 different countries won at least one medal, more than any other Olympics. Tokyo 2020 broke the previous record set at Beijing 2008, when 87 nations made it onto the podium. Turkmenistan, San Marino and Burkina Faso claimed the first metal in their history in Japan.

A total of 66 countries won at least one gold, more than the record of 59 set at Rio five years ago. The Philippines, Qatar and Bermuda all won their first ever gold medals.

Australian rider Andrew Hoy, 62, won a silver and a bronze, becoming the oldest medalist since 1968.

Meanwhile, the authorities today said 26 more people associated with the Tokyo Olympics have tested positive for the coronavirus, taking the overall caseload to 430 among the sporting event participants, including athletes, officials, and journalists.

Of the new confirmed positive cases, 19 are Japanese residents. There were no athletes among the fresh patients.

No one among them was in the village that housed participants of the event that closed today.

The rate of infections in the village remained low thanks to the strict anti-infection protocols, including stringent restrictions on movements and constant testing since July 1, weeks before the Games began.

Such measures prevented the virus transmission between event participants and the local population, the hosts claim.

Of all the infections, 29 were athletes, and none among them suffered any serious illnesses.

The authorities have carried out more than 600,000 PCR tests among the tens of thousands of participants in the Games. The tests yielded a 0.02% positivity rate, data by organisers showed.

He said the Olympic bubble was one of the most tested, vaccinated communities and was went through the strictest preventive measures.

The situation inside the Olympic zone is in sharp contrast with the rest of Japan.

Around 32% of the Japanese population has received anti-Covid-19 jabs.

Daily infections have risen past 15,000 during the past week in Japan, the highest-ever daily caseload for the country.

The Olympics host Tokyo, which is under a state of emergency, today recorded 4,066 new Covid-19 cases, topping the 4,000-mark for the fifth day in a row.

The spike comes amid persistent concerns over the spread of the highly infectious delta variant.

When the Olympics began on July 23, the capital reported fewer than 1,400 daily cases. The surge has continued despite the health emergency in Tokyo and other regions.

Shigeru Omi, the principal adviser in the fight against the coronavirus, has admitted on many occasions that holding the Games had affected the “collective sentiment.”

Omi said it prompted the locals not to fully respect guidelines like staying at home and avoiding meetings with family and friends.