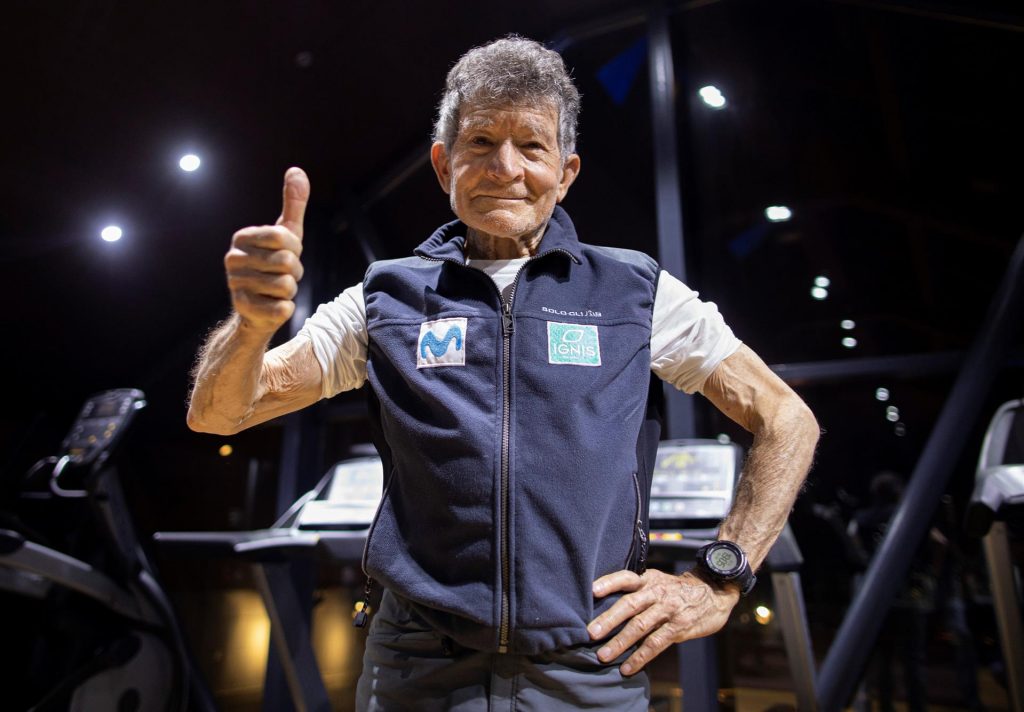 Spanish mountaineer Carlos Soria, 82, is set to try climbing Mt Dhaulagiri – the world’s seventh tallest peak – in Nepal to reach one step closer to his goal of becoming the oldest climber to summit the 14 eight-thousanders, the world’s 14 tallest peaks with heights over 8,000m.

This is the mountaineer’s 11th attempt scale the 8,167m-high mountain, after he was forced to abandon his expedition in 2019 due to weather conditions.

“I think I will retire after completing two climbs – standing atop Dhaulagiri and Shishapangma in Tibet, the world’s 14th highest peak at an elevation of 8,013m,” Soria said just before setting off for the base camp from where he would begin his climb in a few days.

His first Dhaulagiri expedition was in 1998, and although he didn’t manage to complete it, it hasn’t stopped him from trying again.

“I have been attempting Dhaulagiri for many years. For me, climbing is important but more than that I have to return back safely,” said the veteran climber, who is confident this would be the year when he finally completes his two remaining challenges.

If successful, he hopes to scale Shishapangma in autumn, despite China not yet withdrawing restrictions linked to the pandemic.

The Covid pandemic has delayed Soria’s plans to complete the record by over a year, making him even more impatient because “for old people like us, each day counts”.

“Today we finally enjoyed a sunny morning at the Dhaulagiri base camp. We have finally left behind the storm of the last few days (…). We still have to wait a few days for the thick layer of recently fallen snow to settle down a little more,” the climber’s team said on social media yesterday.

Soria, who has been climbing mountains since the age of 14, is the only mountaineer to have scaled 10 eight-thousanders after turning 60.

“I climb mountains because I love that job,” he insists.

Soria also has the unique distinction of completing the challenge of climbing the seven highest peaks in each continent after the age of 60, a feat he achieved in 2010 after climbing Mt Kilimanjaro.

“I made several records. I am proud of that. I never suffered serious frostbite and I’ve never had to be rescued. That’s the biggest record which I have achieved,” said the Spaniard.

His most recent ascent was in Nepal in 2016, when he climbed Annapurna (8,091m), considered one of the most dangerous peaks, at the age of 77.

Soria rates his ascent to Makalu (8,485m), situated at the Nepal-Tibet border, as the best moment of his career “because I did it alone and without using supplementary oxygen.”

However, he acknowledged that “it’s only Everest that opens its window for just 3-4 days a year. It’s a precious mountain that everyone dreams of.”