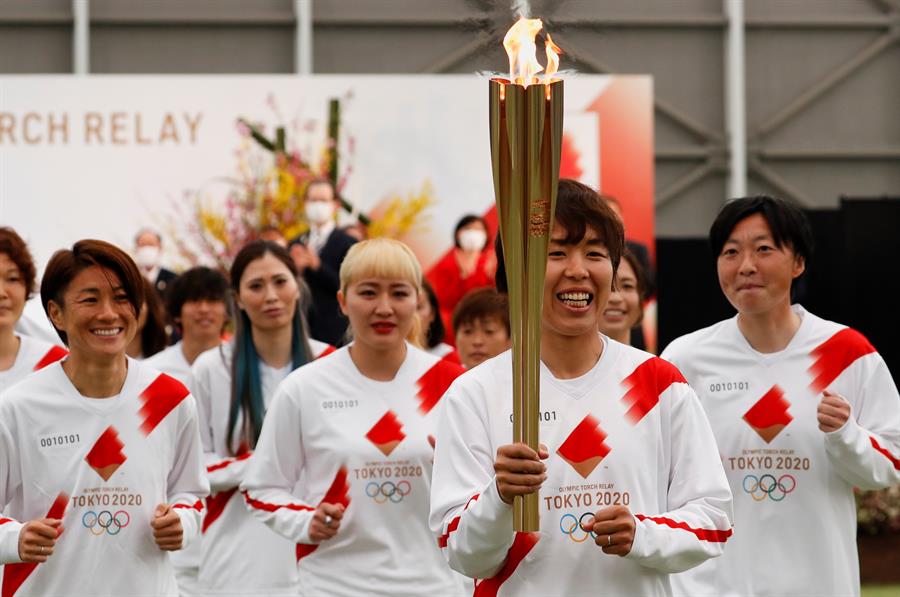 Athletes competing at the Tokyo 2020 will have to undergo daily Covid-19 tests to prevent the spread of the virus at the Olympics, organisers said today.

Sportspeople, coaching and medical staff and other Olympic delegations members will have to take two mandatory coronavirus tests before travelling to Japan, the organisers said in a joint statement with the International Olympic and Paralympic committees.

The participants will, in principle, be exempted from the mandatory 14-day quarantine for overseas arrivals, but they will have to undergo another test before being allowed into the country and then be tested daily for as long as they stay in the competition.

They will have to submit and adhere to a detailed activity plan, including all their expected movements, and to minimise contact with other athletes.

Violating these rules could be punishable by disqualification, according to the guidelines for athletes that were published today.

They can only use vehicles provided by organisers, plus they are only allowed to eat at their accommodation facilities and at competition and training venues.

Vaccination will not be a requirement to compete at the Olympics, although the International Olympics Committee recommends national federations promote inoculation among their athletes.

It also pledged logistic support for poorer countries that are struggling to obtain the vaccine.

The presentation of the guidelines came as Tokyo and three other prefectures are placed under a new public health emergency amid a fourth wave of infections.

The organisers and the IOC have postponed until June the decision whether or not to allow local fans to attend the Olympics, due to the current local spike in Covid-19 and the spread of new variants despite the border closure.

This decision will be taken “in line with the government’s general guidance concerning the upper limit of spectator capacity in sports events,” the organisers said in a joint statement with IOC.

Fans are banned from assisting sporting events in the regions put under health emergency, which expires on May 11.

An increasing number of Japanese people oppose holding the Olympics, scheduled to get underway on July 23, a year later than planned, due to the pandemic situation.