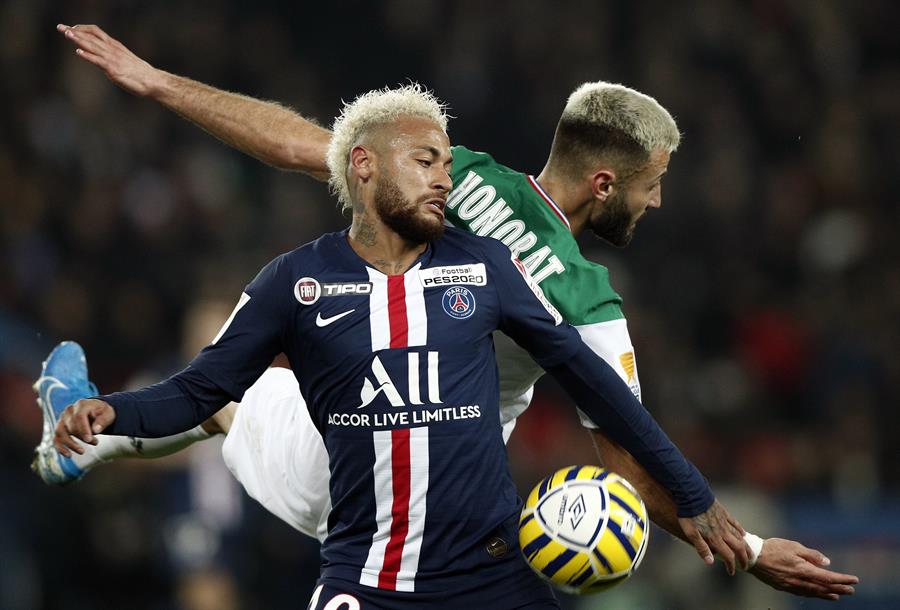 Brazil forward Neymar Jr has been ordered to pay back €6.7 million of the €20.75 million he received as a signing bonus when he renewed his contract with FC Barcelona in 2016.

According to documents seen, the court in Barcelona ruled against Neymar’s legal complaint involving what should have been a €64.4 million bonus for extending his commitment with the club until 2021.

Neymar’s legal team had sought the payment of the remaining €43.6 million.

Barcelona filed its own legal claim for the Brazilian to pay back €22.5 million (the initial payment plus interest) – given that Neymar ended his contract a year later to make a record-breaking move to Paris Saint-Germain.

In a statement, Barcelona welcomed the decision and said it would continue to defend its interests should the player decide to appeal.

“FC Barcelona expresses its satisfaction with the verdict announced today by Social Court 15 in Barcelona in relation to the lawsuit involving FC Barcelona and the player Neymar Jr regarding the amount of the signing bonus in the final renewal of the player’s contract,” the La Liga leaders said in a statement.

“The ruling has fully dismissed the player’s claim for payment of €43.6 million and has accepted a large part of the defence presented by FC Barcelona, as a result of which the player must return €6.7 million euros to the club.”

In August 2017, PSG – which is owned by Qatari ruler Tamim bin Hamad Al Thani – paid US$222 million to meet the buyout clause Neymar had on his Barcelona contract. It remains the most expensive transfer in football history.

The Brazilian, 28, filed a lawsuit the same year, claiming he had not been paid signing bonuses from the Catalan giants dating to his contract renewal in 2016, but the club insisted that his untimely transfer to PSG and rendered them null and void.