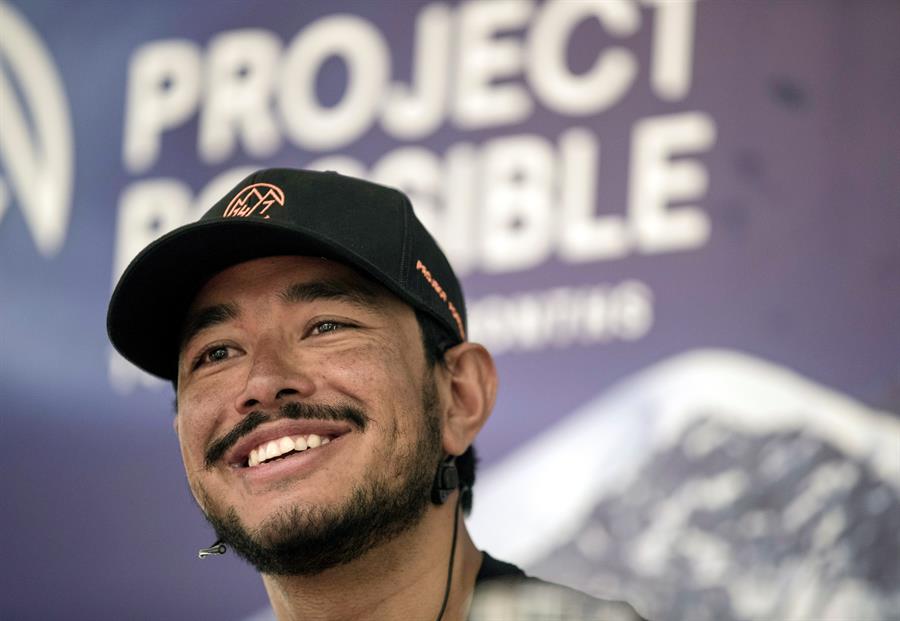 A Nepali mountaineer has created history by scaling the world’s 14 highest peaks in record 190 days after he climbed Mt Shishapangma in China today.

Nirmal Purja, 36, known as Nims, broke the previous record of South Korean climber Kim Chang-ho, who achieved the feat in 2003 to scale all the peaks higher than 8,000m in seven years, 10 months and six days.

He said three other climbers accompanied Purja, who is known for his viral May 25 photograph of a traffic jam of climbers leading to the summit of Mt Everest.

Purja and his team set out on the mission “Project Possible 14/7” on April 23 to summit all 14 of the eight-thousanders and started by climbing mountains from Annapurna (8,091m).

Purja, a former soldier with UK Royal Navy’s elite Special Boat Service, is aiming to raise £750,000. He has set up a GoFundMe campaign and has vowed to use the money for children in need in Nepal.

He also posted his “mission achieved” messages on his social media pages after scaling Shishapangma. The peak was the last in his list.

South Korean Kim had climbed all eight-thousanders without using supplemental oxygen. He was killed in a snowstorm at the base camp of Mt Gurja in Myagdi district in western Nepal in October 2018.

Polish Jerzy Kukuczka is the first mountaineer to climb all 14 eight-thousanders, a feat he achieved in seven years, 11 months and 14 days in 1987.

Chinese authorities had granted Purja and his team a special permit to scale Shishapangma at the request of the Nepali government.

Purja left Nepal for Tibet on Oct 18, leading a five-member expedition to climb the peak.

He broke his previous record for the same three peaks, taking five days in 2017.