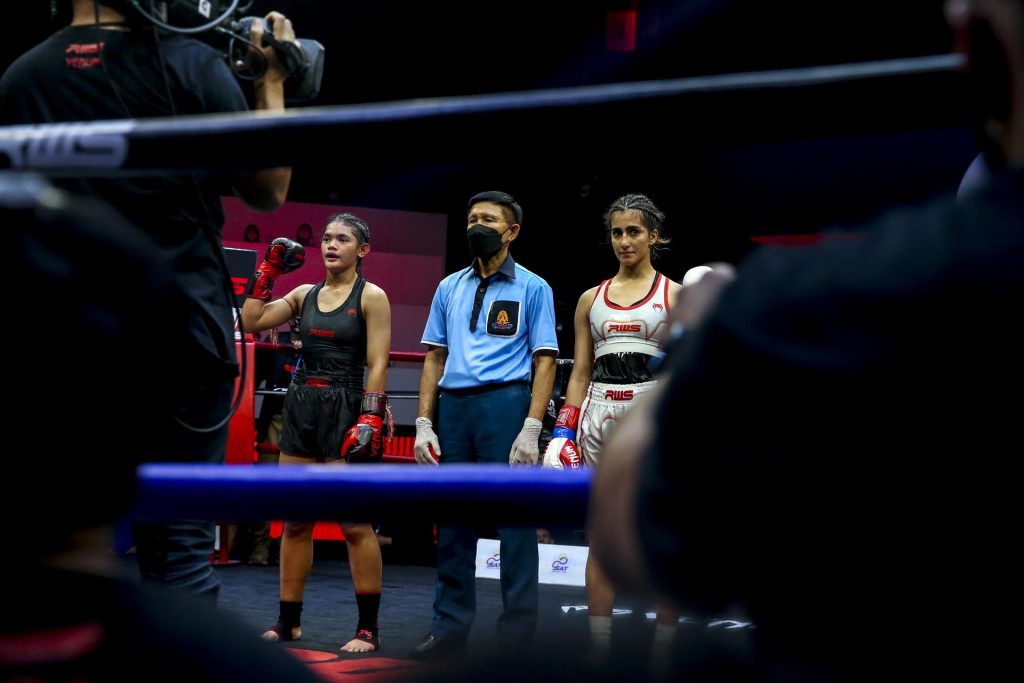 Eight women were chosen to knock down the ban that for 77 years has kept them from fighting in Bangkok’s Rajadamnern Stadium, revered as Thailand’s temple of Muay Thai.

For the first time in the history of this legendary sports venue, Thais Aida Looksaikongdin and Sit Chor, Iran’s Zahra Shokoui and Argentina’s Milagros Andrea Lopez will break the taboo by entering the ring to fight.

“Opening a door to a place where you thought you were never going to fight is historic. We are opening the way to a new era in this sport,” said Spaniard Desiree Rovira, who will make her debut on Aug 12 against Thailand’s Somrussamee ManopGym.

The same day, Turkey’s Zehra Dogan will also go head to head against local fighter Petchnamnung Fairtex. They complete the new RWS championship where fighters – divided into two groups – will clash at least three times, with the two best boxers of each group advancing to the semifinals.

Since its foundation in 1945, the Rajadamnern ring – Thailand’s oldest boxing stadium – has been off-limits to women, who due to superstition were not even allowed to touch the canvas so as not to disturb spirits that guard the ring.

This and other animist beliefs have been gradually nuanced over the years through the professionalisation of the sport, where women challenge more conservative thinking with fists, kicks, elbows and knees – all blows permitted in this aggressive contact sport.

“Society has changed, as well as the role of women. Women are competent in all sectors, also in sports and in boxing. We are not challenging (beliefs), but we are evolving according to the context of today’s society,” said Tienchai Pisitwuthinant, director of promoter group Global Sport Ventures.

The international popularity of Muay Thai is on the rise, and while in other countries women can fight without restrictions, the process in Thailand has been slower.

Although other stadiums with smaller names have allowed women’s fights for years, the legendary Rajadamnern has resisted adapting to the times.

Another of the most emblematic venues, such as Lumpini Stadium, also in Bangkok, has held women’s bouts since last year.

The global expansion of Muay Thai, changes caused by the Covid-19 pandemic and tireless efforts by female fighters have made organisers and promoters of this sport acknowledge the constant work of these women, who sometimes even headline the evenings’ main events.

Despite finally being allowed to enter the ring and compete, other controversial traditions still survive, such as requiring women to enter at ground level, instead of jumping over the top ropes as men do.