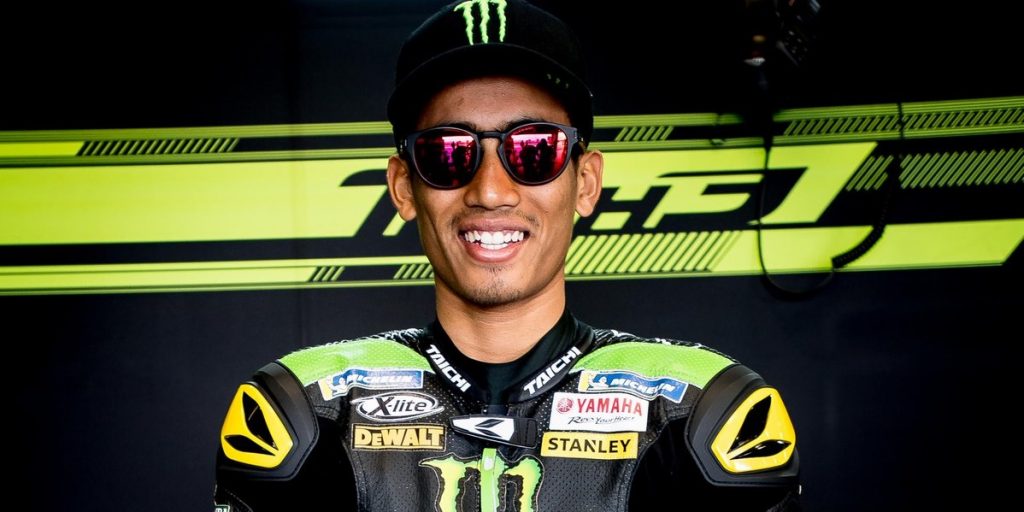 Malaysian MotoGP rider Hafizh Syahrin Abdullah is challenging himself into a new adventure as he would be competing in the FIA World Touring Car Cup (WTCR), to be held at the Sepang Circuit from Dec 13 to 15.

Inspired by the seven-time premier class world champion Valentino Rossi, the 25-year-old rider said he also wanted to try something new,  different from his current career as a motorcycle racer – just like Rossi who competed in the Rally New Zealand, a WRC event in 2006.

Besides being involved in the day and night car racing event on Dec 15, Hafizh Syahrin would also be competing in the eight-hour FIM Endurance World Championship (EWC), to be held the day before.

“And suddenly today. Datuk and I decided to participate in both the EWC and WTCR,” he said after the product screening and official launch of the FIM EWC and FIA WTCR here.

As these would be his first experience in a car racing event, the Red Bull KTM Tech 3 rider said he would not expect much but the aim is to put more effort to learn about the machine he would be driving during the 21-lap race.

The other well-known Malaysian racers who would also participate in WTCR are Mitchell Cheah and Douglas Khoo.

The FIA WTCR is the highest class of competition for touring cars and the Malaysian round will be the grand finale of the 10 global rounds this season.

While the FIM EWC is the premier worldwide endurance motorcycle racing championship and the Sepang round named the Eighth Hour of Sepang will see at least 20 Japanese and 10 Asian teams competing as it will be the qualifying round to the legendary Suzuka 8 Hours in 2020.

Both races will take place until sunset and the chequered flag will be waived under the new SIC Circuit Lights.