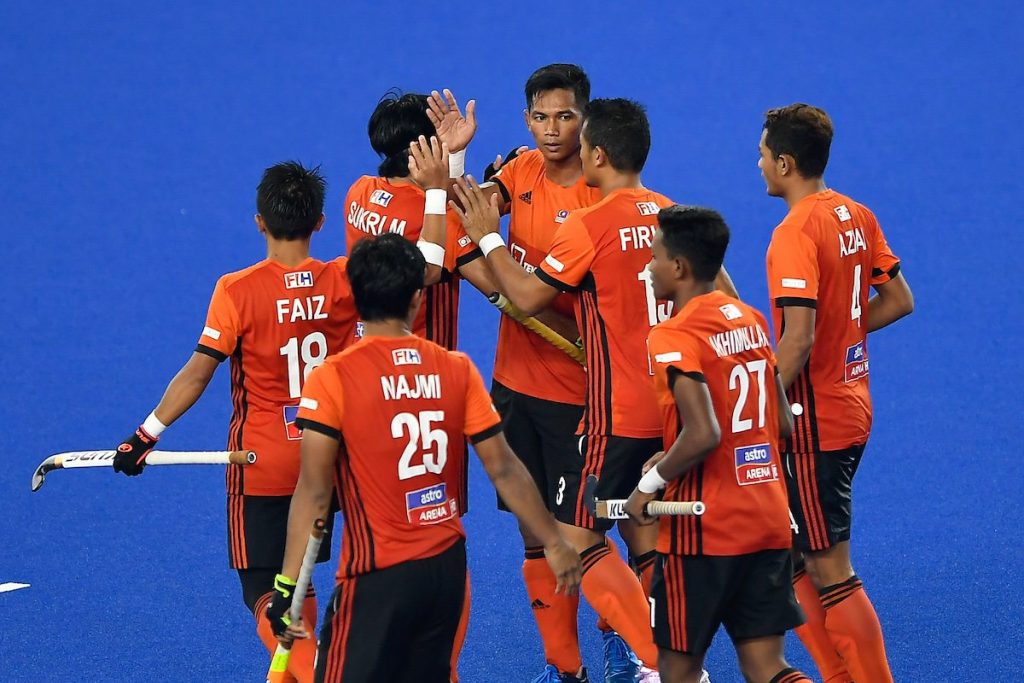 Malaysia advanced to the finals of the FIH Men’s Series Finals after defeating Austria 3-1 in an intense semifinal match at the National Hockey Stadium, Bukit Jalil last night.

With the win, Malaysia, the world no 13, also confirmed their berth in the last stage of the 2020 Tokyo Olympics Qualifier together with the finalist, Canada.

As Malaysia were down to 10 men after Nik Muhammad Aiman Nik Rozemi was sent to sin bin for a green card in the 31st minute, the world number 19 Austria took their chances well to net the equaliser through Leon Thornblom a minute later.

The scoreline remained till the end of the third quarter as the Malaysian Tigers failed to capitalise on a number of chances against the defensive Austrians.

The wait was finally over when Muhammad Marhan Jalil scored from a penalty corner deflection in the 55th minute, before Meor Muhammad Azuan Hassan’s field goal three minutes later sent the Austrians packing.

“After the equaliser, I think we made a real good game, we made good chances in the third quarter and at the end they couldn’t cope with our speed anymore…I told the boys to speed up the game in the third and fourth quarter and they did very well for the win.

“So the pace of the game makes difference, we know they tried to play a slow game, a lot of possession. The boys defended very well today, unluckily Nik (Nik Muhammad Aiman) got the green card. Then they scored immediately after that,” Malaysia’s head coach Roelant Oltmans said at the post-match press conference.

Earlier, in the other semifinal clash, Canada bounced back from a goal down to secure a 3-1 win against Italy.

The defensive Italians opened scoring in the 28th minute through a penalty corner converted by Pietro Lago, but the world number 10 Canada levelled through Sukhi Panesar in the 32nd minute.

After missing five penalty corners in the third quarter, Canada finally netted their second goal in the 43rd minute through Gordon Johnston, while Oliver Scholfield increased the gap just a few seconds before the final hooter to stop the tournament’s dark horses, Italy from creating anymore upsets.

Their head coach Paul Bundy said, regardless of the opponent, his charges will fight hard to triumph tomorrow.

“We played Malaysia twice in the recent Sultan Azlan Shah Cup, we lost both games, but we are hoping that we can make a difference this time. Does not matter which team, we are up there, surely will go for the title.”

At the Sultan Azlan Shah Cup in March, Malaysia defeated Canada 3-2 in the round robin and 4-2 in the third-fourth place play-off.

Malaysia and Canada will compete for the title at 8.05pm today, while Italy and Austria will play in the third-fourth place play-off at 5.50pm.

The top two teams from three editions of the FIH Men’s Series Finals will be joined by four teams from the FIH Pro League and another four teams based on world rankings in the final round of the Olympics Qualifiers scheduled for October and November.