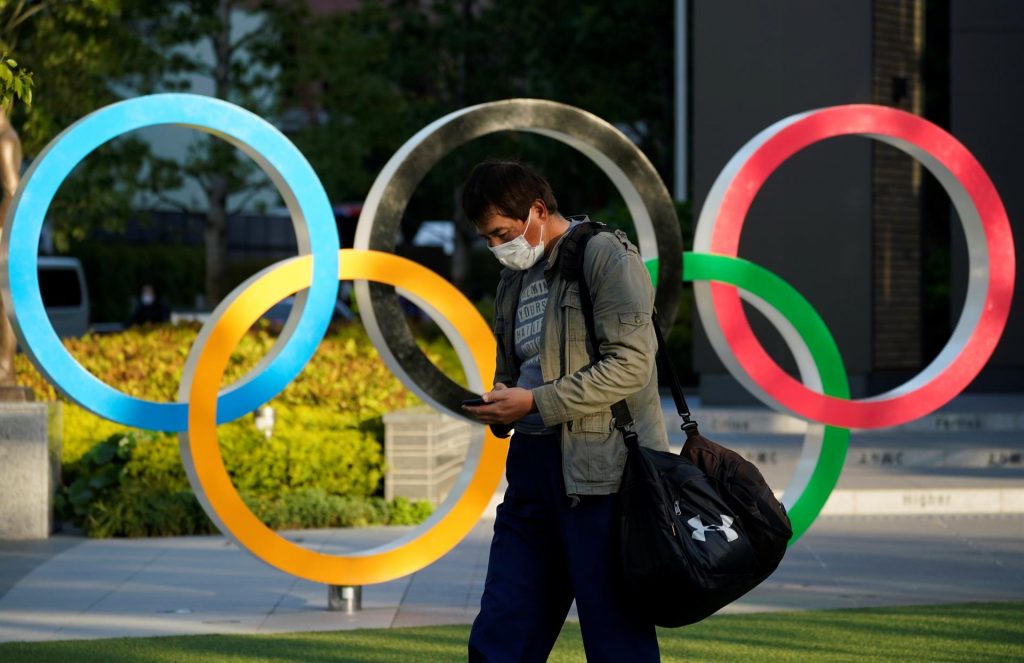 Tokyo is marking the countdown to the Olympic Games under a fresh health emergency due to a surge in Covid-19 cases, even as major questions remain – such as whether spectators would be allowed in the stands and how to regain the support of Japanese citizens for the event.

With 91 days to go for the Olympics’ opening date of July 23, the Japanese government today imposed a health emergency in Tokyo and three other prefectures – the worst affected by the fourth wave of the pandemic in the country.

This is the third time that Japan has taken this exceptional measure – which includes the temporary closure of businesses such as bars, restaurants, malls and theme parks; apart from bans on crowded events such as sports competitions with an audience.

Japanese prime minister Yoshihide Suga today said the state of emergency would not affect preparations for the Games, adding that the measure was part of Japan’s commitment to organising safe Olympics.

The health emergency would initially be in effect in Tokyo until May 11, although it can be extended depending on how infections progress, as it happened during the last emergency, which lasted from Jan 7 to March 22.

International Olympic Committee (IOC) president Thomas Bach had on Wednesday played down the impending announcement, and said it would help prevent the virus from spreading during the vacation period in early May.

Bach insisted in a teleconference that Tokyo was well prepared for hosting the Games.

According to Japanese media outlets, Bach is planning to visit the country May 17-18, just after the state of emergency ends, to express his support for the Games and dispel incessant doubts over the event being held amid the pandemic.

However, both the organisers and IOC would find it difficult to convince the Japanese public about going ahead with the event.

According to a recent poll by local news agency Kyodo, 39% Japanese think the Games should be cancelled, while 32% believe they should be postponed again.

Popular support for the Olympics has plummeted during the pandemic due to the fear that it could trigger infections, apart from its growing budget and a series of scandals in the organising committee.

.Critics fear potential infections among participating athletes and officials in the Olympics could put additional strain on Tokyo’s medical infrastructure, where the number of beds for serious Covid-19 patients has been flagged as a cause of concern.

Such a scenario, along with the slow rate of vaccination in Japan – with just around 1% of the population having been inoculated so far – has led to the organisers banning foreign visitors from the Games.

The hosts are yet to decide whether local audience would be allowed in the stands, although it is seeming highly unlikely at the moment.

The organisers have also yet to specify details of the health protocols for the athletes, including the frequency of Covid-19 tests to be conducted among them and of which type. They are considering carrying out daily saliva tests.

Moreover, it would be recommended – but not compulsory – for foreign athletes to get vaccinated before travelling to Japan.

Japanese authorities have pledged to vaccinate local sportspersons on a priority basis due to the Games.

This measure has triggered a strong opposition in social media, as so far only health professionals and a few thousand citizens above the age of 65 have been vaccinated in Japan.