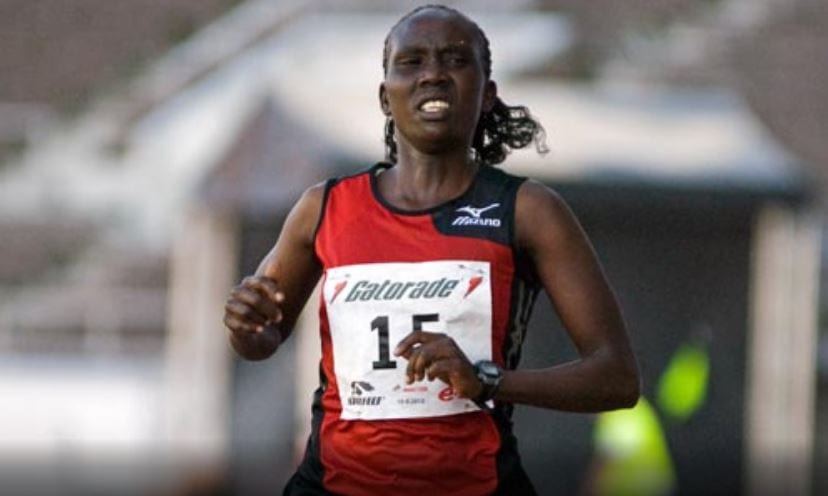 Kenyan marathoner Salome Jerono Biwott has been banned for eight years after being found guilty of committing a second doping violation, the Athletics Integrity Unit (AIU) said today – in another blow to Kenya’s sporting reputation.

Biwott, 36, tested positive for the banned substance norandrosterone in April during the Sao Paulo International Marathon. She had previously served a two-year period of ineligibility in 2012 following another failed test.

The AIU, an independent body that handles anti-doping and integrity issues on behalf of world’s athletics ruling body, the IAAF, said in a statement today Biwott had failed to respond to the charge against her by their deadline.

The AIU said she would be banned for eight years from June 5 and her results would be disqualified since April 7.

“We are aware of Jerono’s matter and others who are still cheating themselves out there, your days are numbered. You won’t escape this dragnet. You had better stop cheating yourselves,” said Athletics Kenya (AK) Executive Committee member, Barnaba Korir.

Kenya, known for its middle and long-distance running pedigree, has suffered serious damage to its reputation due to a number of doping violations in recent years.

Former Chicago and Boston Marathon winner Rita Jeptoo, 2016 Olympic marathon champion Jemimah Sumgong and 2008 Olympic and three-times 1,500m world champion Asbel Kiprop are among those who have been sanctioned.