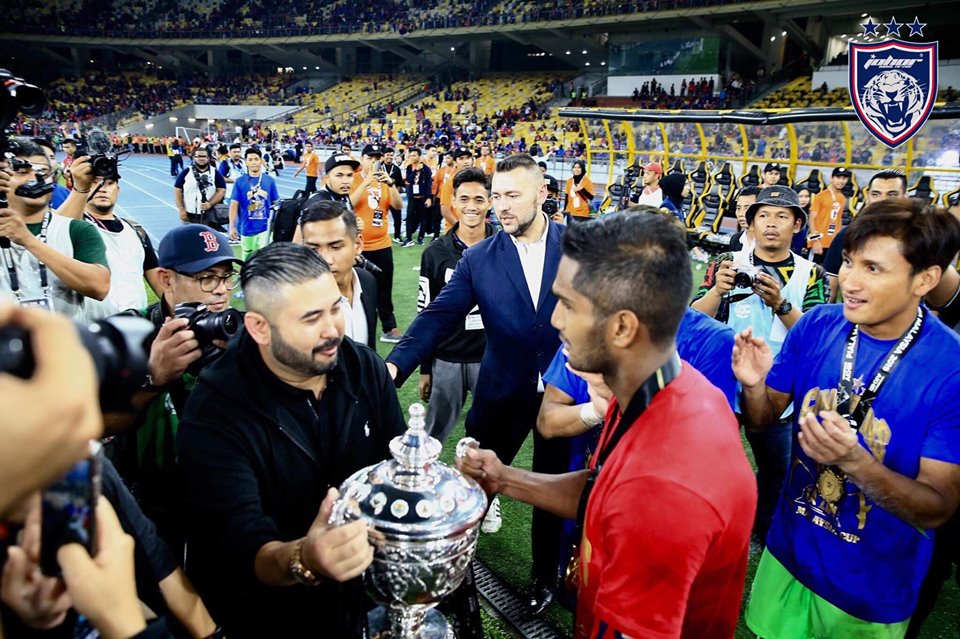 The state government has declared today as a special holiday for all the people in the state in conjunction with the success of the Johor Darul Ta’zim (JDT) team in winning the 2019 Malaysia Cup.

State secretary Datuk Azmi Rohani said last night the holiday is to fete and give appreciation to all JDT supporters who had given their full commitment and undivided support to the Southern Tigers in bringing glory to Johor Darul Ta’zim.

JDT won the 2019 Malaysia Cup championship for the second time, after 2017, after beating Kedah 3-0 at the Bukit Jalil National Stadium.

The team consolidated its status as a local football giant by doing the ‘double’ – having already crowned Super League champions in June, its sixth league title in consecutive years.

The win was payback for JDT’s 2014 Malaysia Cup final loss to the same team, in the process clinching its second only Malaysia Cup title after the other win in 2017.

The win today was also JDT’s third trophy of the season, after having won the Charity Shield.

In the match watched by ​​​​​​​82,420 fans, JDT players were in a class of their own – they began with guns blazing right from the first whistle that eventually led to two goals scored in the first half, before completing the dominance with a third in the second half.

Argentinian import Leandro Velazquez put the Southern Tigers ahead in the 27th minute after latching on to a beautiful Gonzalo Gabriel Cabrera pass before scoring past Kedah goalkeeper Mohd Ifwat Akmal Chek Kassim.

Kedah players, known for their fighting spirit, however seemed unable to cope with JDT’s  excellent play – even failing to create any dangerous chances for themselves.

Already almost tasting victory in their hands, JDT attacked relentlessly, and this led to Muhammad Syafiq Ahmad heading in the third goal in the 58th minute. As much as Kedah tried to stage a comeback, the game  seemed wrapped and done, and the score remained 3-0 to JDT until the final whistle.