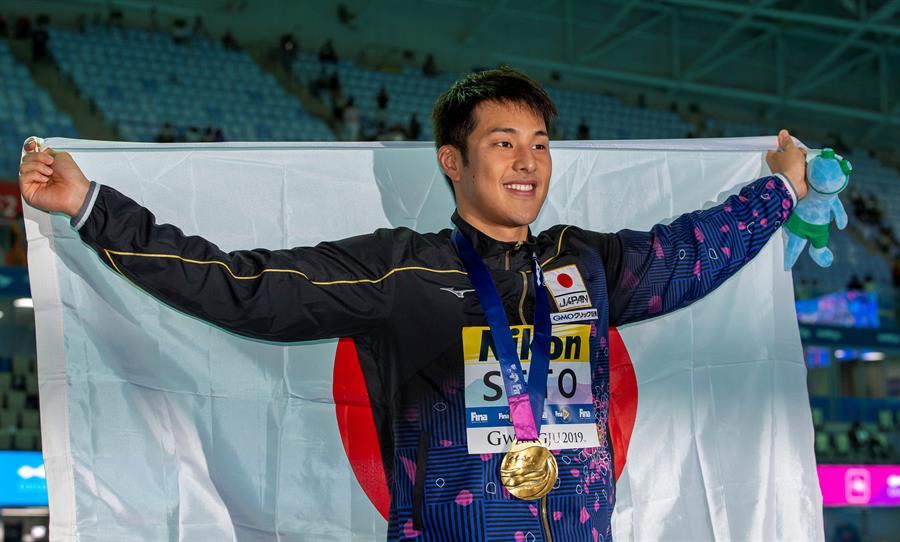 Japan’s world champion and Olympic swim star Daiya Seto has been suspended from official activities for the rest of the year as punishment for an extramarital affair.

The Japan Swimming Federation ban applied to Seto will not prevent him from participating in the Tokyo 2020 Olympic Games, which will begin on July 23 next year, national broadcaster NHK reported today.

A Japanese weekly magazine revealed in September that 26-year-old Seto had visited a “love hotel” that month with a woman who was not his wife – an affair the swimmer then admitted to and publicly apologised for.

Seto, who has two daughters with his wife, said through his management company at that time his “careless act hurt my precious family and caused trouble and dismay for all my supporters, sponsoring companies and many other people.”

Days later, the swimmer resigned as captain of the Olympic swimming team and lost the support of one of his sponsors, All Nippon Airways.

After a meeting yesterday, the Japan Swimming Federation decided to ban Seto from any sporting and official activity for the remainder of the year.

The sports body adopted the measure, saying Seto had breached the sportsmanlike conduct standards set by the federation.

The swimmer had appeared Monday before the ethics committee of the sports organisation to address the case.

Among the events that Seto is excluded from is the Japanese swimming championship in December.

Upon learning of the decision, Seto again apologised for his extramarital affair and the “irresponsible behaviour” he displayed.