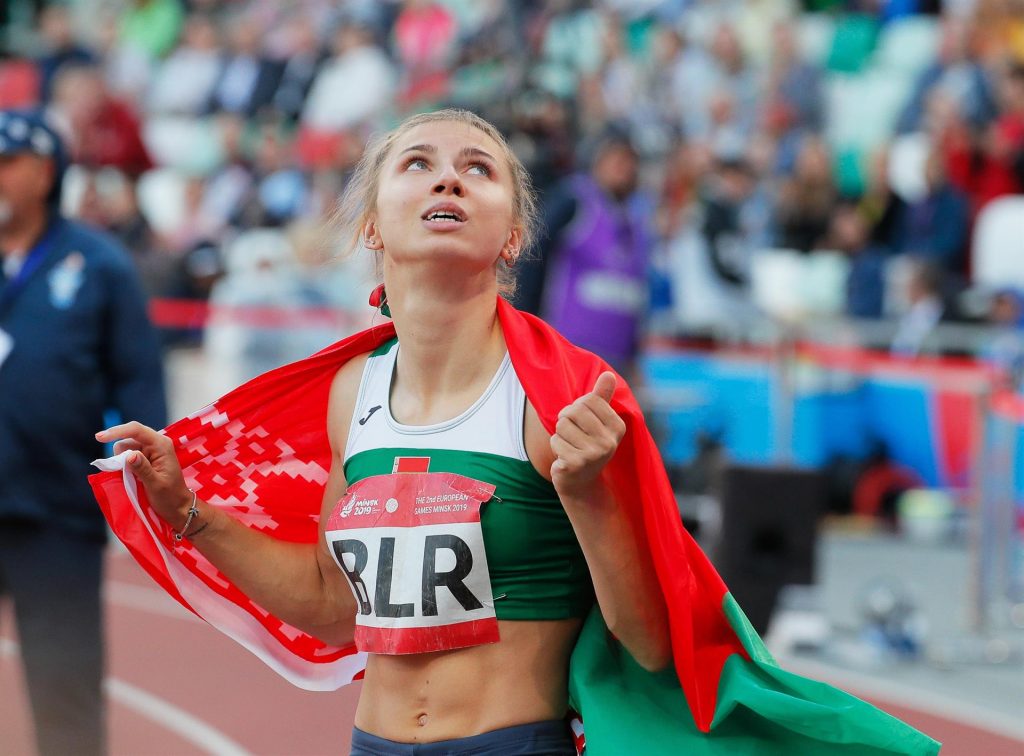 The International Olympic Committee (IOC) today said it is investigating the conditions under which Belarus allegedly tried to force sprinter Krystsina Tsymanouskaya to return to the country.

The 24-year-old on Sunday sought protection from police at Haneda Airport in Tokyo after, she said, team officials had removed her from Tokyo 2020 and transferred her to the airport.

She had earlier complained on social media that her coaches had instructed her to compete in an event she was not scheduled for, which she said was deemed as criticism of the Belarus government.

Tsymanouskaya has since been staying in a safe place and is waiting to travel to Poland, which has offered her a humanitarian visa, IOC spokesperson Mark Adams said.

“The IOC has decided to launch a formal investigation into the situation of the NOC of Belarus. It will be led by the IOC administration. We need to establish the full facts, we need to hear everyone involved,” Adams said at a press conference in Tokyo on Tuesday.

“Yesterday, the IOC spoke twice to Krystsina Tsymanouskaya. She reassured us that she is feeling safe and secure. Together with the relevant authorities and competent organisations she is planning her future.”

At the airport on Sunday, Tsymanouskaya refused to leave Japan and return to her home country.

“I was put under pressure and they are trying to forcibly take me out of the country without my consent,” she had said in a video posted on social media, asking the IOC to intervene.

The athlete was moved to the Polish embassy in Tokyo and is waiting to take a flight to the European country, Japanese public broadcaster NHK reported today.

The Polish government, which has a programme of legal protection and economic assistance for Belarusian political refugees, offered the athlete a humanitarian visa yesterday, the country’s deputy foreign minister Marcin Przydacz announced.

Meanwhile, Polish prime minister Mateusz Morawiecki has accused Belarus of a “bandit attempt to kidnap the athlete, who is critical of the Belarusian regime”.

“The aggression committed by the Belarusian services in Japan during the Olympic Games, which are after all a symbol of peace and fair play, should be met with stiff opposition from the international community,” he wrote on Facebook.

Tsimanouskaya is also receiving assistance from the UN High Commissioner for Refugees, according to the IOC spokesperson, who added that the international sports body plans to release the results of its investigation into the case.