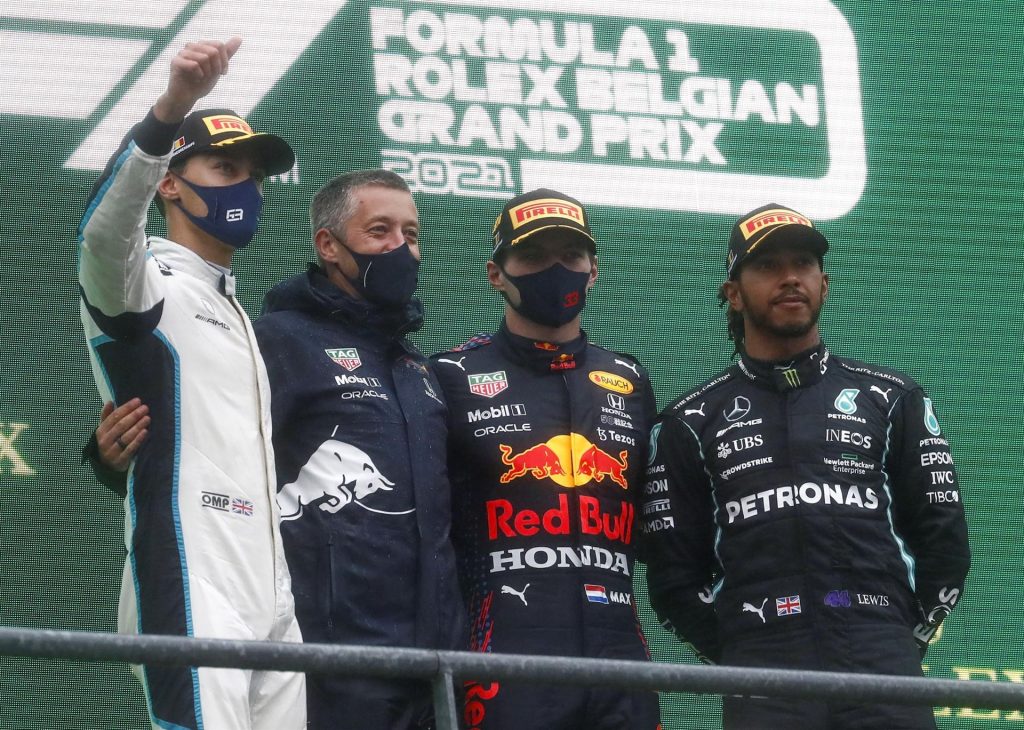 This farce of a race – after being interrupted and postponed several times at the Spa-Francorchamps circuit before some 75,000 rain-soaked fans – lasted just two laps, instead of the scheduled 44, with the drivers being led by the safety car and only garnering half the ranking points.

The race was the 12th of the F1 season and, instead of pocketing 25 ranking points for the win, Verstappen added just 12.5 to his total, finishing ahead of Britons George Russell (driving for Williams and who received nine points) and Lewis Hamilton (Mercedes), who received 7.5 points, enabling him to hold on to his ranking lead with 202.5 points, three ahead of the Dutch Red Bull driver.

The race, which had been scheduled to start at 3pm, was delayed three times until, at 3:25pm local time, the vehicles began rolling behind the safety car without anyone knowing if the race would actually start.

After completing one lap at the world’s longest racetrack – a snaking 7,004m, or 4.35 miles – and given the evidence of the dangerously rainy weather conditions, with the resulting lack of visibility, a red flag was shown and all the cars returned to their garages.

After several announcements of updated information and a wait of more than three hours, the drivers once again came out onto the track to take two laps behind the safety car before a red flag was once again shown – ending the race but allowing the drivers to garner half the points they otherwise would have received.

“I feel really sorry for the fans,” Hamilton said after the contest. “They have been incredible to stick with us and hold out for a potential race.”

“They knew when they sent us out at the end there that the track wasn’t any better and they did it just so that we could have two laps behind the safety car which is the minimum requirement for a race. I hope the fans get their money back.”

The possibility that the race could have been postponed until Monday was unfeasible, from the logistical point of view, because next weekend another race is scheduled in Holland.

Australia’s Daniel Ricciardo, with McLaren, came in fourth in the contest, with Spain’s Carlos Sainz (Ferrari) in 10th place and being awarded 0.5 point. The Madrid native remains No 6 in the world so far this season with 38.5 points, with his countryman Fernando Alonso (Alpine) coming in one spot behind him and Mexico’s Sergio Perez (with Red Bull) in 20th place.

The next race, the Dutch Grand Prix, will take place next weekend in Zandvoort.