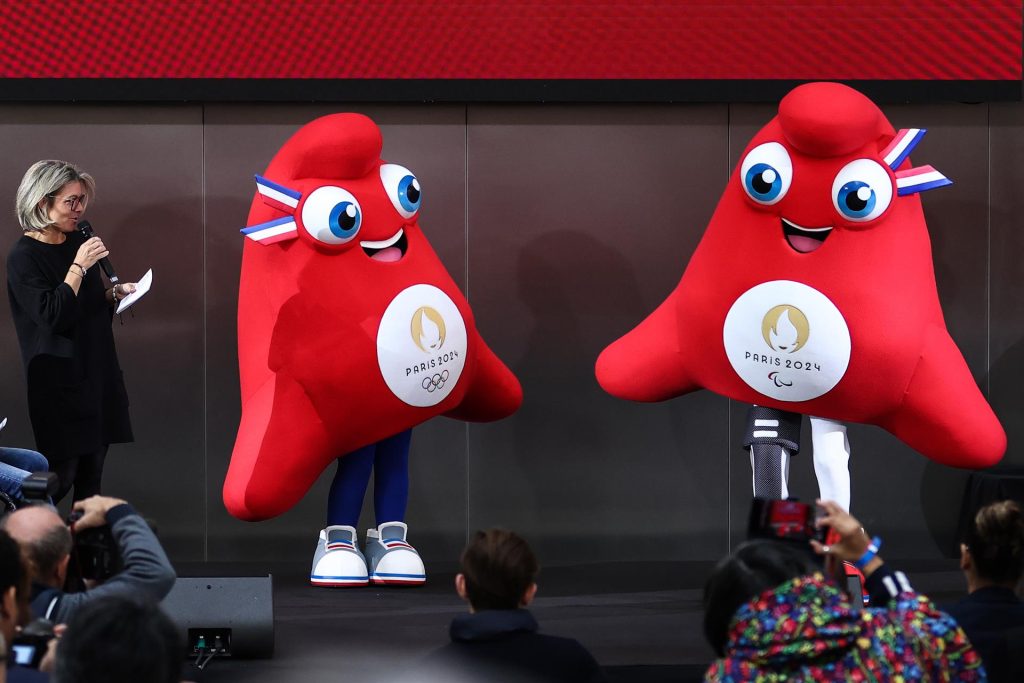 Two Phrygian caps with legs and eyes were yesterday announced as the new mascots for the 2024 Paris Olympic and Paralympic Games to celebrate the spirit of the French Revolution.

“We chose an ideal rather than an animal,” said Tony Estanguet, president of the Olympic organising committee during a press conference to reveal the new mascots in Saint-Denis, to the north of Paris.

The Phrygian cap, also known as the Liberty Cap, is a soft, conical hat with a bent tip. Its name comes from the Antique region of Phrygia, in what is now Turkey, where it was first worn.

The two characters, Olympic and Paralympic Phryge, the latter with a right leg prosthesis, were chosen to embody the French spirit of “liberty” and inclusivity, explained Estanguet.

Brand director Julie Matikhine explained during the announcement that Phrygian caps have been present in all of France’s revolutions. They can be seen, for example, in the iconic painting by Eugène Delacroix, Liberty Leading the People. They are also the headgear worn by the Smurfs.

“The aim is to show that sport can change everything in society (…) that sport and its values can do great things. It’s about fraternity, solidarity and it helps society grow,” said Matikhine.

The director also stressed that showing the prosthesis on one of the mascots is a way of acknowledging the handicap without creating taboos.

Stuffed toys and other souvenirs – such as T-shirts, key rings, or books – based on the characters will be available for sale from this week in stores across France.