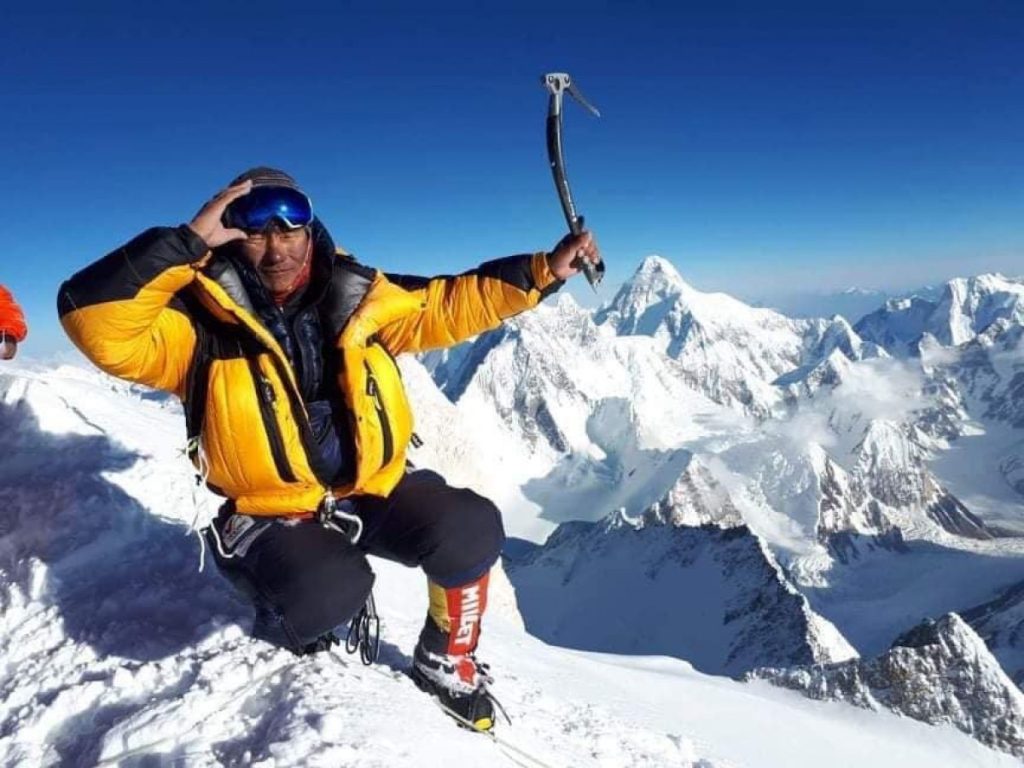 A 47-year-old Nepali became the first climber in the world to summit the planet’s 14 highest mountains twice – a feat that no other climbers have achieved.

The International Mountaineering and Climbing Federation recognises eight-thousanders as the 14 mountains that are more than 8,000m (26,247 ft) above sea level.

He achieved the double feat in the 17 years since he started climbing mountains in 2006.

“He reached the summit of Gasherbrum II at 8.17am (Nepal time), completing his double ascent of the world’s 14th highest peaks above 8,000m,” said Nivesh Karki, executive director of Pioneer Adventure.

“This is the world record. No one has climbed the 14th highest peaks twice.” After completing the spring expedition in the April-May period, Sherpa had flown to Pakistan on June 11 to make his dreams come true, said Karki. Sherpa climbed Nanga Parbat on July 2.

Born in a poor family in a far-flung remote village of Makalu, Sanu Sherpa started his career as a porter after he came to Kathmandu in search of a job in 2005.

Soon he was hired as a kitchen helper with an expedition team in Island Peak.

He, however, made his mountaineering debut only after a year.

Sanu Sherpa made the ascent on the first attempt. Then in the same year in October, he climbed Shishapangma (8,012m) in China. He never looked back.

He has climbed Everest, the world’s tallest peak seven times.