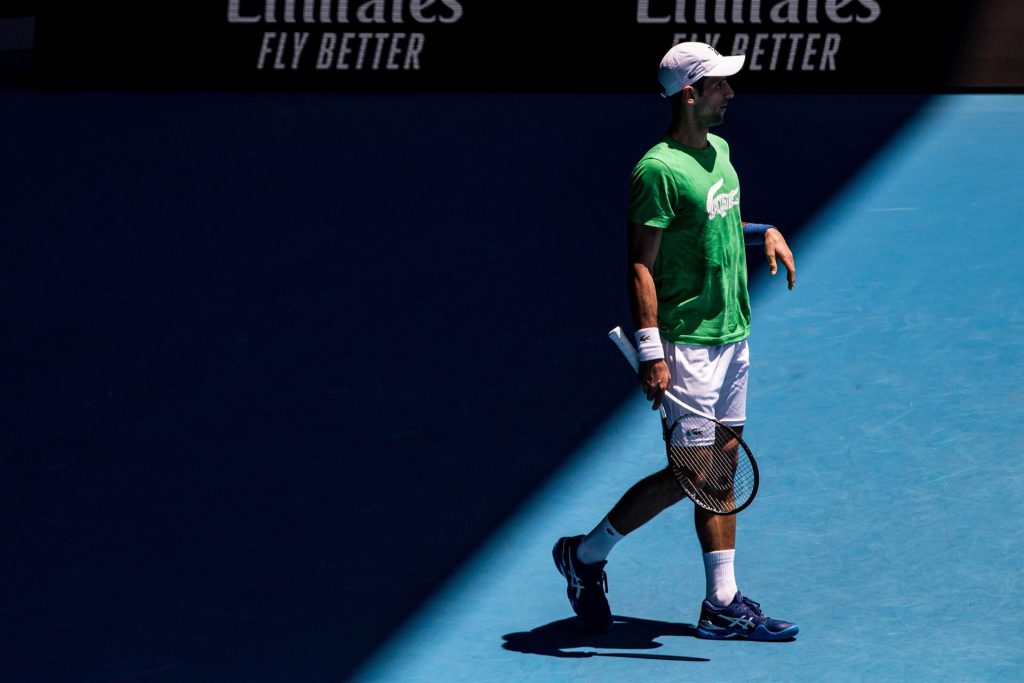 Serbian world No 1 tennis player Novak Djokovic was included in the Australian Open draw today to defend his title, despite a ministerial decision still pending over his visa.

The draw was initially postponed with no reason given by organiser Tennis Australia, but later took place an hour with the top seed now set to start in the first round against compatriot Miomir Kecmanovic.

Djokovic is seeking his 10th Australian Open title and a record 21 Grand Slam trophies in the tournament that begins on Monday.

However, a decision on whether the player can stay in the country is still to be made by immigration minister Alex Hawke.

A Melbourne court on Monday overturned the Australian border authorities’ decision to cancel Djokovic’s visa after he arrived in the country last week with a medical exemption for not being vaccinated, citing recovery from a recent Covid-19 infection.

But Hawke is still deciding on whether to use his personal power to overrule the court and expel the player from the country.

Prime minister Scott Morrison refused to comment on the situation at his post-Cabinet press conference today.

Djokovic yesterday admitted “human error” was made in his travel declaration to enter Australia, and that he attended an interview with a French media outlet last month in Belgrade despite knowing that he had Covid-19.

Meanwhile, the Victorian government decided today to cap Open ticket sales at 50% capacity, improve interior ventilation and make face masks mandatory at the event as a result of a surge in Covid-19 infections.

It will therefore be the second consecutive year that the Australian major has reduced its capacity as a result of the pandemic.