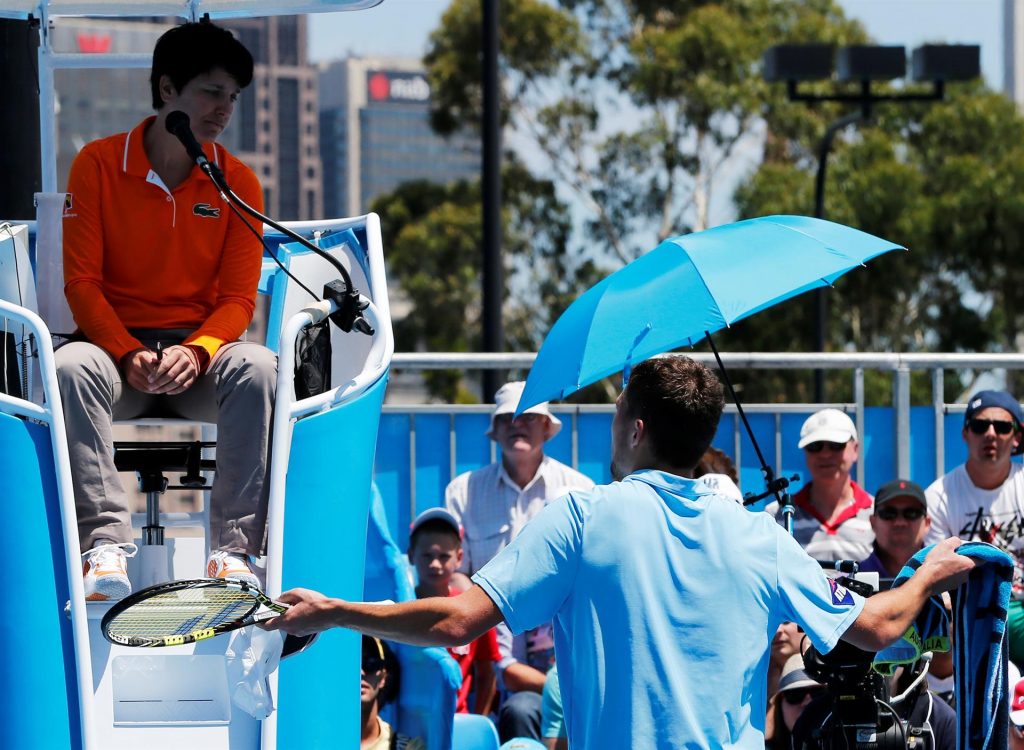 Marija Cicak will be the first woman to umpire a Wimbledon men’s singles final.

The 43-year Croatian, a WTA golden badge holder, is officiating in her 15th Wimbledon championships, having been in charge of big matches such as the women’s singles and doubles finals at All England Club in 2014 and 2017 respectively.

Besides many WTA matches, she umpired in other events such as the Davis Cup, the Billie Jean King Cup, formerly the Federation Cup, and the Olympic final in Rio 2016.

Now she is set to add to this long list the Wimbledon men’s singles final pitting Serbia’s Novak Djokovic against Matteo Berrettini of Italy tomorrow.

The world No 1 defeated Denis Shapovalov 7-6 (7-3), 7-5, 7-5 yesterday to advance to his seventh Wimbledon final and move within one win of equalling the Grand Slam record held by fellow tennis greats Roger Federer and Rafael Nadal.

The 34-year-old Djokovic, a five-time Wimbledon champion who is trying to equal Federer’s and Nadal’s record haul of 20 Grand Slam men’s singles titles, faces another dangerous opponent in in Berrettini – who struck 22 aces and 60 winners and committed only 18 unforced errors in his semifinal win over Hurkacz.

Djokovic holds a 2-0 career edge over the 25-year-old Berrettini, currently world No 9, mostly recently defeating him in a tight four-set match last month on clay in the French Open quarterfinals.

While the contest between first-time finalists was guaranteed to write a new chapter in the history of the tournament, Barty’s victory carried additional significance as the 25-year-old became the first Australian women’s singles champion at Wimbledon since her mentor, Evonne Goolagong Cawley, in 1980.

And Barty’s triumph came 50 years after Goolagong celebrated her inaugural title at the All England Club.

Barty was ahead 3-1 in the second set before opening the door to Pliskova with a series of errors that culminated in a double-fault when she was poised to serve out the match.

Pliskova, 29, forced a tie-break and prevailed to make it the first three-set women’s final at Wimbledon since 2012, when Serena Williams bested Agnieszka Radwanska.

But Barty regained her dominating form of the start and Pliskova could not manage a second comeback and remains without a Grand Slam title, while the Australian has a second to go with her 2019 victory in the French Open.