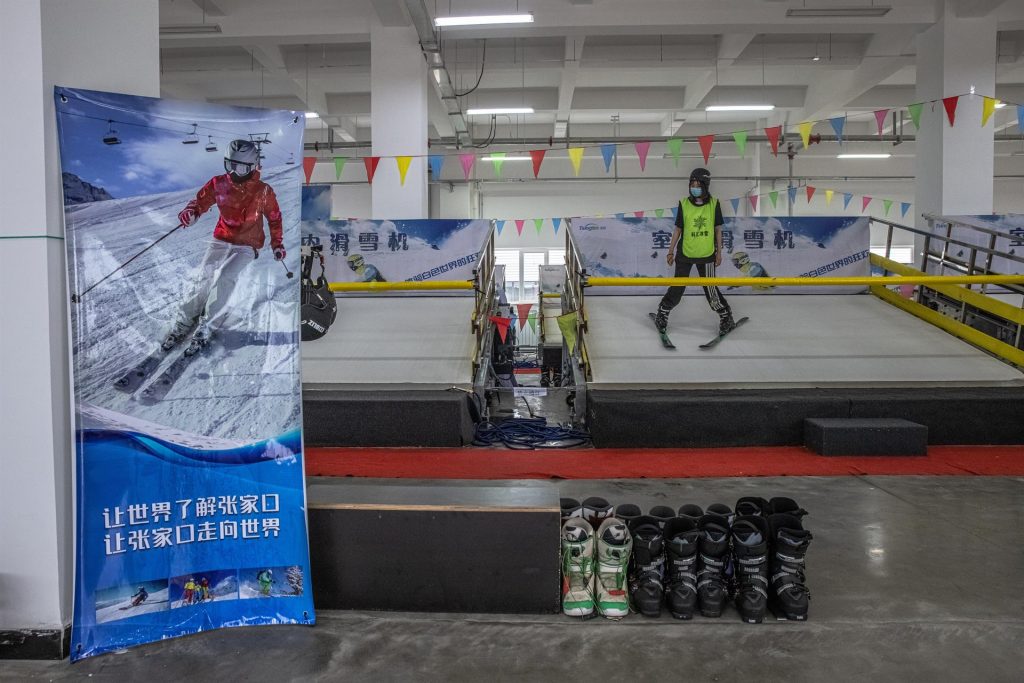 After celebrating the summer 2008 Olympics, China’s capital will be the first city in the world to also host a winter games in February 2022, with its facilities practically completed and needing only minor tweaks.

They will be the third consecutive Olympics to be held in Asia, after the 2018 Olympics in Pyeongchang, South Korea and the Tokyo 2020 games. They will also be the first winter games hosted by China.

Almost 3,000 athletes will compete in 109 modalities, seven of them new, which will make these winter games, according to the organisers, the most equal in history, with 45% female participation.

The games will be held in Beijing and two other venues, Yanqing and Zhanjiakhou, 80km and 180km respectively from the centre of the capital – all connected by a high-speed train that takes 50 minutes to cover the greater of the distances at 350kph.

The games, hosted from Feb 4 to 20, will also coincide in part with Chinese New Year festivities, which in 2022 will be from Feb 1 to 6, although many Chinese tend to extend their holidays a few more weeks on those dates.

Beijing will take advantage of several of the complexes built in 2008 such as the “Nest,” the National Aquatic Center – known as the “Water Cube” and which will host curling, the National Indoor Stadium – which will host ice hockey – or the Oval of Speed ​​Skating, among others.

This has brought the budget initially estimated for the winter games to US$3.9 billion, less than a tenth of the US$43 billion invested in 2008.

There will be three different Olympic villages, one in each of the venues, which at the end of the games will be rented as homes or tourist accommodation.

The Yanqiing venue, a mountain town near the Great Wall of China in northwest Beijing, will host the alpine skiing and bobsleigh competitions.

Its Olympic village, with capacity for 1,400 athletes and judges, will be one of the best, with floor rooms and wooden beds in the style of the mountain villages of Northern China, which will later be used for tourism.

The National Sliding Center has also been built there, with a 1.9km track for bobsleighs and simple and light sleds, covered entirely in wood.

Yanqing’s alpine skiing facility consists of seven slopes, with 900m at its greatest vertical drop, and a capacity of 5,000 seated spectators and 3,500 standing spectators.

Further to the northwest, in Beijing’s neighbouring Hebei province, Zhangjiakou City will host most of the snowboarding, cross-country skiing, Nordic combined, acrobatic, jumping and biathlon events.

Among new facilities in Zhangjiakou, a popular winter sports destination for the inhabitants of Beijing, is the ski jumping centre, with a design inspired by the traditional Chinese talisman Ruyi, a symbol of good luck and harmony in the Qing dynasty (1644-1912).

Formed by two ramps, one of 136.2m and the other of 114.7m, it is crowned by a circular viewpoint and finished at its base in a small stadium with capacity for 6,000 spectators, which will later be used as a football field.

A small stadium for cross-country skiing and a biathlon stadium have also been built in Zhanjiakou, as well as an Olympic village to house 2,300 athletes.

Among the new modalities that are released as Olympics are the female monobob (one-person bobsleigh), men’s and women’s acrobatic skiing, cross snowboarding and mixed team relay events in short track speed skating.

During a visit to the different Olympic venues, organisers said all facilities would be completed in October.

Although attendance will depend on the evolution of the pandemic, the deputy mayor of the city, Li Hong the games “already represent a milestone for the development of the city” and that the new facilities “will allow their use for future population and tourism.”

One of the weak points of Beijing 2022 will be the eventual shortage of natural snow due to the relatively low altitude of the Alpine venues.

The maximum elevation of Yanqing and Zhangjiakou is about 2,200m. Although winter temperatures in Beijing are usually very low, the low rainfall in the area can be a problem.

Just in case, venues are already equipped with dozens of artificial snow cannons.