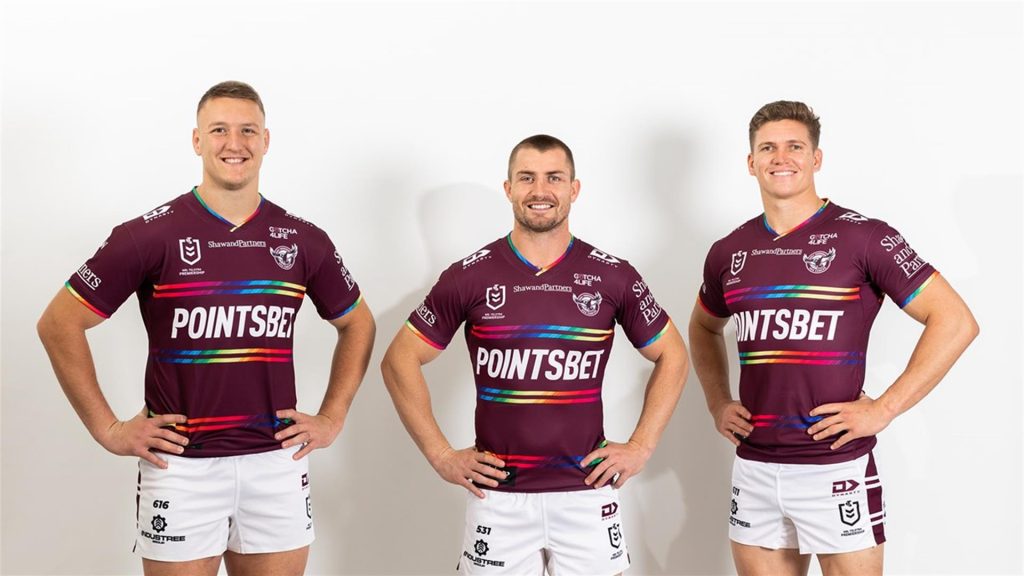 Seven rugby league players in Australia said they would boycott their team’s decision to wear a rainbow-coloured jersey for a match commemorating LGTBI pride, the coach reported today.

The Manly Sea Eagles team jersey, presented yesterday, dons the LGBTI rainbow flag on the sleeve and around the advertising on the torso. These will be used on Thursday during a local derby match against the Sydney Roosters.

“(They) will not wear the shirt because it conflicts with their cultural and religious beliefs,” coach Des Hasler said at a press conference, adding that the rest of players would wear the jersey.

The coach said they did not consult with players about the use of the jersey, which leaves the participation of these seven athletes in doubt.

“The intent of the t-shirt is to support advocacy and human rights related to gender, race, culture, ability and LGBTI movements. Unfortunately, the execution of what was intended to be an extremely important initiative (…) was poor,” the coach said in a public apology.

Australian prime minister Anthony Albanese spoke about the boycott and called on the importance of respecting “everyone for who they are,” adding that “sport is more inclusive,” in statements collected by the public network ABC.

Roberts was not the first gay player, but “he was the first to have the courage to come out of the closet and that paved the way for others to do so,” the prime minister said.

“It’s all the same love,” minister for sport Anika Wells said on Twitter when referring to the issue.

Stocks of the Sydney team’s rainbow-coloured jersey sold out in less than 24 hours on sale through the website, public broadcaster SBS said.