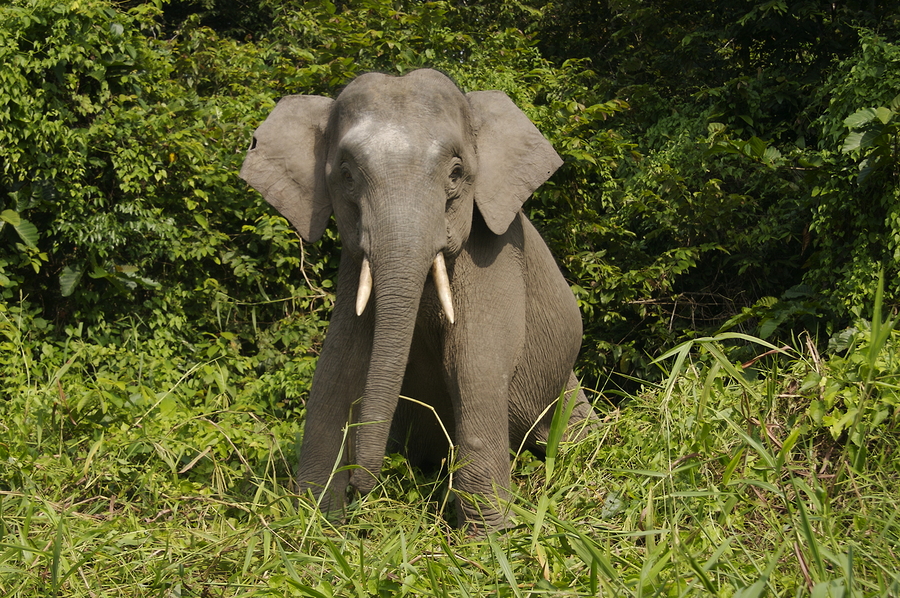 The elephant carcass found yesterday has a satellite collar with the identification “girang” written.

Sabah Director of the Wildlife Department (JHL) Augustine Tuuga said the carcass was found in an oil palm estate near here by one of the estate workers at about 5.50am.

“The male worker informed the estate manager and together they went to the location where the carcass was found.

“Based on their observation, the carcass was already emitting foul smell and several monitor lizards were already eating the carcass and on the neck of the elephant carcass was a collar,,” he said in a statement  last night.

Tuuga said the estate manager later informed the JHL, which sent a team of personnel together with the police, Forestry Department and Danau Girang Field Centre to investigate the carcass.

He said investigations revealed the dead elephant was a female and did not have any sign of injury or gunshot wound.

This is the second pygmy elephant carcass found in Kinabatangan this month, after another was found floating in Sungai Kinabatangan on Nov 3.

On Sept 25, a pygmy elephant’s carcass was found riddled with bullets at Sungai Dumpas in Kalabakan, Tawau, while another carcass was discovered at an oil palm plantation in Beluran on Oct 19.