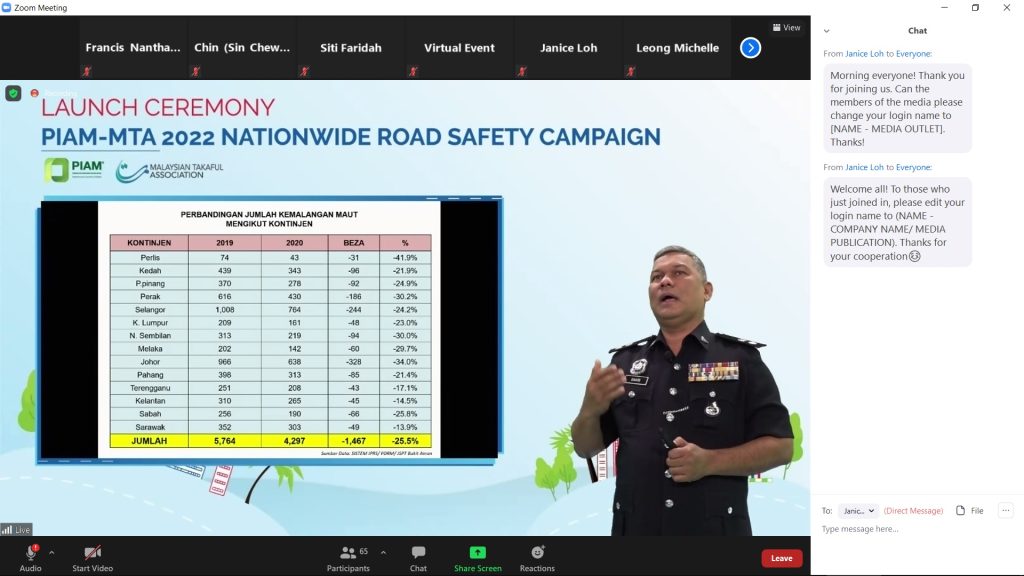 The Malaysian police are getting ready to act against errant motorbike delivery riders, also known as p-hailing bikers, as their antics in breaking traffic rules have become a menace to other road users.

During an online media briefing, he acknowledged that these bikers are under tremendous pressure to meet delivery deadlines and maximise earnings. This has led to them indiscriminately flouting traffic rules – including beating red lights and going against traffic flow.

He noted that a recent sustained operation had seen the issuance of over 20,000 summonses to errant motorcyclists – mainly p-hailing bikers – within a month. Bakri advised that the police would prefer not to issue such summonses, as it was a last resort measure, and would rather the bikers avoid endangering themselves and other road users.

“Apart from the impact of their death or injuries to loved ones waiting at home, we’ve estimated that the financial loss is over RM1 million for each life cut short.”

He also noted that despite the Movement Control Order imposed for 18 months, with road blocks restricting traffic flows, the number of accidents resulting in deaths and injuries barely dropped 20%. He said this is due to the poor attitude of motorists, especially bikers.

To address this problem, he said police will be giving more focus to specific locations notorious for the flouting of traffic rules and also called for more cogent suggestions as the current solutions don’t seem to be working enough to curb the loss of lives and injuries from traffic accidents.

Even so, he admitted that there are hurdles which are difficult to cross – for example logistics may be too resource-intensive if road-users need to be tested every time they renew their driving licences or vehicle road tax.

Bakri was speaking at the launch of the year-long PIAM-MTA 2022 Nationwide Road Safety Campaign organised by Persatuan Insurans Am Malaysia (PIAM) and the Malaysian Takaful Association (MTA), with the support of the Road Transport Department (JPJ) and the police.