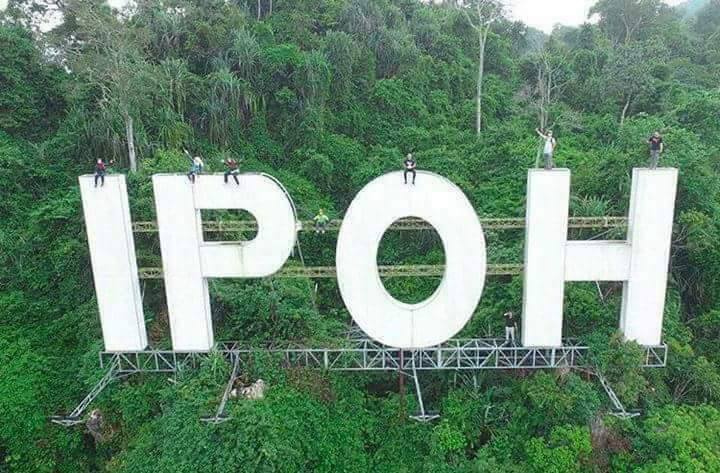 Menteri Besar Datuk Seri Ahmad Faizal Azumu said at moment, the focus of the Pakatan Harapan state government is on the welfare of the people and state development.

“The state government wants to spend the money by focusing on the welfare of the people and development including the construction of highways and health services,” he told a press conference after appearing as a guest on Radio Televisyen Malaysia programme ‘Wawancara’ on the state’s 2019 achievements here today.

Ahmad Faizal, who is also Chenderiang assemblyman, was asked about the status of the proposed move to relocate the state government administration centre to Meru – as suggested in August 2018 at the state legislative assembly.

At that meeting, Ahmad Faizal told the council the state government had planned to relocate the administrative centre to Bandar Meru Raya, about 15 minutes from here, because the area was not only thriving, but also had several federal offices and agencies.

Asked about the status of redevelopment of the former menteri besar official residence at Jalan Raja Dihilir here, Ahmad Faizal, who is also Tambun MP, said the government was still in talks with the Perak State Economic Planning Unit.

He said the council had received various proposals for the site and it was expected to take time as the development undertaken would bring about changes to the landscape in Ipoh.

“Whether the construction will be too high or too low it will affect us. We want more people to come up with suggestions so we will make the best choice for the people of Ipoh.”

On the 999 years land ownership to the new villages in Perak, the Perak Menteri Besar stressed that so far the state government had not made any decision.

He reiterated the matter should be discussed in detail with Pakatan Harapan’s top leadership before taking any action.

Today, Perak Youth Council president Aswannudin Hariffudin handed over a copy of the original summons along with an affidavit to the state government, urging the administration to suspend the 999 years land ownership which is expected to be given before the Chinese New Year celebration.

Meanwhile in KUALA LUMPUR, construction of an annexe to the iconic Parliament Building here has been completed, with the new section scheduled to be operational in March.

Parliament speaker Tan Sri Mohamad Ariff Md Yusof said that with the provision of these facilities, it was hoped work of Parliament staff would be optimised, while improvements would be seen in the attendance of MPs when the house is in session, and in the quality of debates.

“It is our hope that with the existence of this space, many ‘Yang Berhormat’ will be in Parliament more often and attend the full-length of parliamentary sessions”.

“If they need to undertake rest and recreation after attending Parliament, there are many facilities for their use such as tennis and badminton courts, and even a sauna,” he told reporters after witnessing the handing over ceremony of the annexe project.

Mohamad Ariff said the final phase of renovations and restoration works to the Parliament complex will be open for tender soon, with the aim that works will be completed and facilities operational by the end of 2025.

It will include the construction of a visitors hall, multi-level car park and a public gallery.

Mohamad Ariff said the upgrades in totality are expected to last for a further 50 years, while enhancing the identity and image of Parliament and retaining the characteristics of the national heritage building.