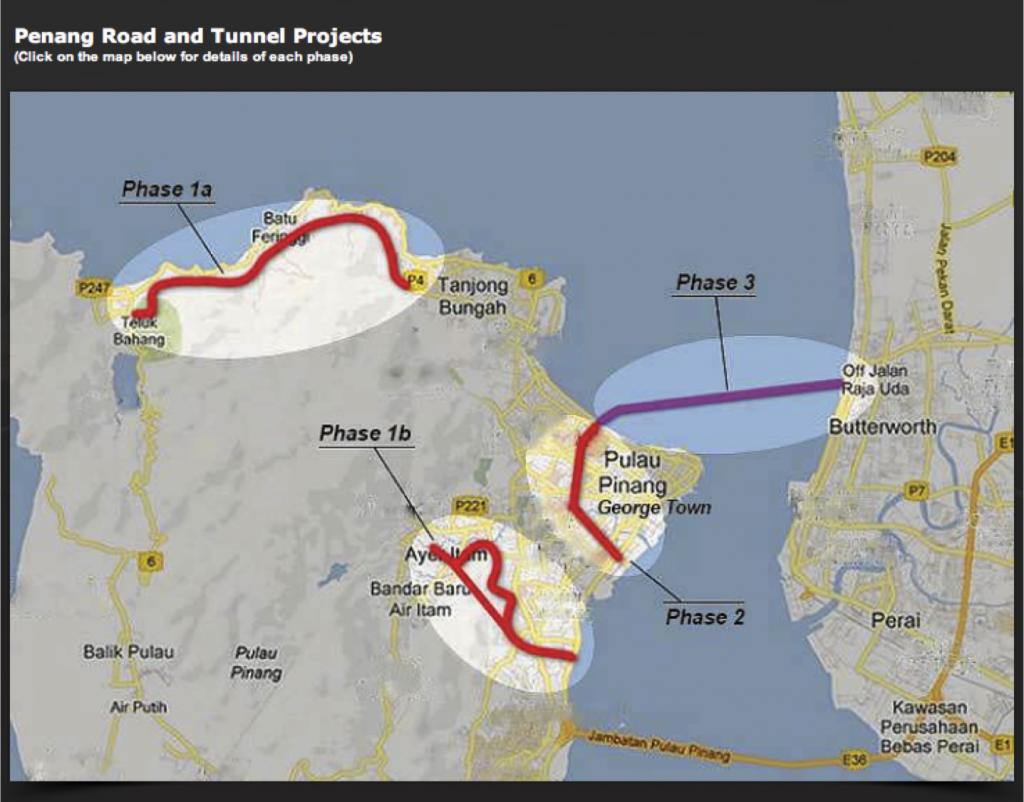 Penang Chief Minister Chow Kon Yeow said the Package 2 project under the Penang Transport Master Plan (PTMP) would be built at a cost of RM851 million.

“The project has an elevated section of 70% while the remaining section will be ‘at-grade’…the project will be implemented on a lump sum contract basis,” he said after the Package 2 Sub-Agreement signing ceremony between the Penang state government and Consortium Zenith Construction Sdn Bhd here yesterday.

The chief minister signed the agreement on behalf of the state government, while Consortium Zenith Construction Sdn Bhd was represented by its chairman Tan Sri Azmi Khalid.

Chow said the project – scheduled for completion in 36 months – is aimed at facilitating effective traffic dispersal in the areas as well as alleviating traffic congestion in the state.

The PTMP project is an initiative of the state government, which is estimated to cost RM46 billion – encompassing an undersea tunnel connecting the island to the mainland, highway, LRT, monorail and a bus network on the island and Seberang Perai.

Chow said the project was awarded to Consortium Zenith Construction in 2013 via an open tender process in which a preliminary agreement was signed for the feasibility study and detailed design of the project.

“Since the environmental impact assessment for the project was approved by the Environment Department on 7 Nov 2017, the Penang government decided to implement Package 2 first.”