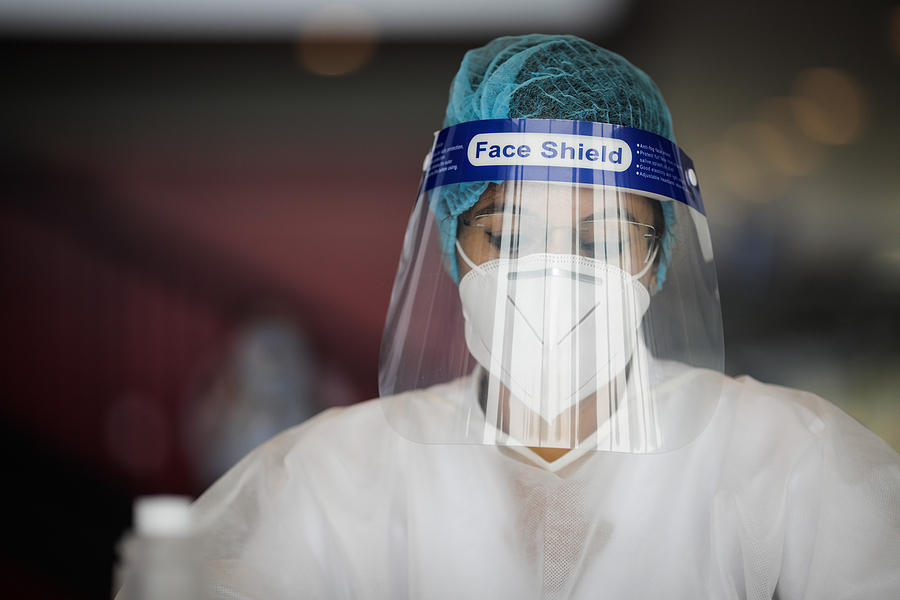 There were five Malaysians among the seven imported cases while local transmissions involved 988 citizens (73.6%) and 354 foreigners.

Sarawak led with most number of additional infections at 419 – with 159 from the Tembok cluster involving staff and detainees at Sri Aman Central Prison – followed by Selangor (343) and Penang (185).

Perlis had the least at one new Covid-19 case, Terengganu has six – but Putrajaya’s low infections record was shattered with 17 today with a new workplace cluster at Jalan Alamanda while Labuan had 22, including an imported case and Perak’s tally dropped to 24 after yesterday’s spike. All other states recorded double-digit new infections.

The death toll rose by two with Malaysians in Sabah and Sarawak – raising the number of fatalities to 1,288 (37%).

There were five workplace clusters among the 10 identified today – with two in Johor (Jalan Maju Cemerlang and Jalan Murni Satu), plus one each in Kelantan (Dana) and Selangor (Jalan Suasana) completing this list with the Putrajaya cluster.

There was a detention centre cluster at Tembok Sri Aman in Sarawak, which also saw another two community clusters (Sungai Mupong and Sungai Rassau) in addition to the community clusters at Kampung Batu Lapan Lekir (Perak) and Rich Park (Sabah).

As eight clusters ended today, there are still 359 active out of 1,405 identified todate.

Meanwhile, National Covid-19 Immunisation Programme Coordinating Minister Khairy Jamaluddin noted the AstraZeneca vaccine has yet to be used in Malaysia and the government is monitoring developments of adverse clotting reactions causing even deaths in Europe.

“If we find that AstraZeneca is unsuitable, we have some other (backup) plans. For example, we received an offer from Pfizer-BioNTech to add another 12.8 million doses, in addition to what we have ordered, which is about 30 million doses.”