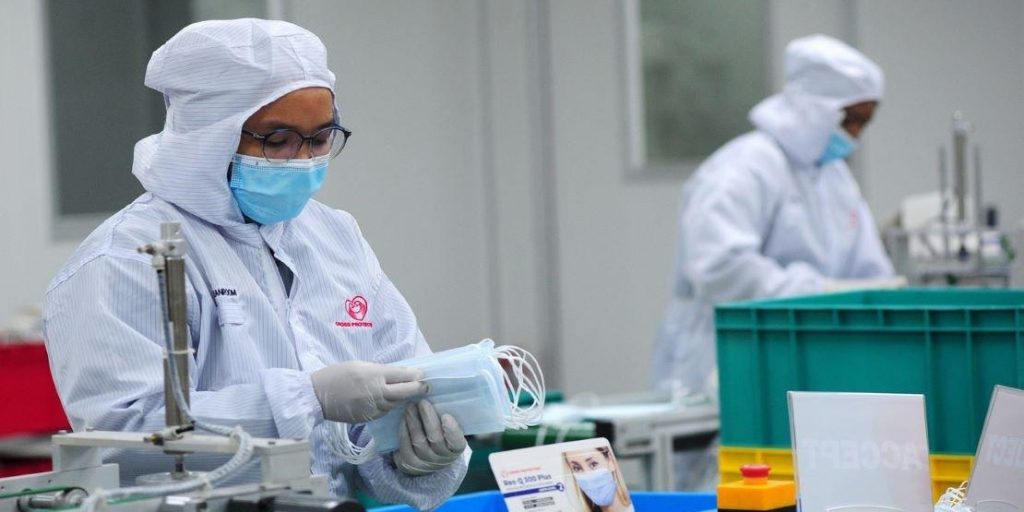 The number of new Covid-19 cases in the country has jumped to 847 cases after recording a fall yesterday, apart from seeing five more deaths and 486 cases of recovery.

Health director-general Tan Sri Dr Noor Hisham Abdullah said with the development in the past 24 hours, the cumulative positive Covid-19 cases in Malaysia now stands at 23,804 with 8,183 active cases.

From the 847 new cases, he said five imported cases were reported in Selangor – all of them involving non-Malaysians coming from India (four cases) and US (one case).

“Today, Sabah still has the highest new cases with 578 (68%). This is the dedicated effort of health personnel in Sabah mobilised from peninsula and other parts of the state to continue conducting screening in the field.

“In other states in the Klang Valley, there was an increase of 164 cases (19.4%). From 164 new cases, 71 cases were from existing and new clusters,” he told a media conference on the development Covid-19 at the Health Ministry (MoH) today.

Overall, Dr Noor Hisham said 13 cases recorded today were from Remand Prison cluster, Tembok cluster and screenings at Taiping and Tapah Prisons who were isolated and did not infect the community.

He said 11 cases were visitors who returned from Sabah, bringing the cases with history of travelling to Sabah since Sept 20 to 465 cases.

“To date, there are 90 positive Covid-19 cases being treated at the intensive care unit, in which 29 cases require respiratory assistance.”

On fatalities, he said four cases were recorded in Sabah involving three Malaysians and a foreigner while one case involved a Malaysian in Kedah.

He said MoH has detected six new clusters, bringing the number of active Covid-19 clusters in the country to 99.

He said 33 new positive cases were detected in the Sofi Cluster, with 160 individuals screened so far.

“This cluster involves the district of Seremban and the index case for this cluster (case number 22,198) was identified through symptomatic screening on Oct 20 and admitted to the Rembau Hospital. “Close contact screening identified 33 more positive cases.”

The Tinusa Cluster, he said, was identified through the symptomatic screening of an individual (case number 21,844) on Oct 6 in the Sandakan district and admitted to the Duchess of Kent Hospital.

“The Sauh Cluster, meanwhile, involved the districts of Kota Kinabalu and Papar in Sabah as well as Miri district in Sarawak, where the index cases (cases number 16,540 and 17,508) were identified through symptomatic screenings on Oct 13.

“As of noon today (Oct 22), a total of 149 individuals from this cluster have been screened, with 17 testing positive for Covid-19 and, of the total, three are new cases.”

For the Jambu Cluster, the index case (case number 19,367) tested positive on Oct 16 and admitted to the Sungai Buloh Hospital.

“A total of 139 individuals have been screened and 15 of them tested positive, of which six are new cases.

“The Bah Mutiara Cluster was detected in Titiwangsa and Lembah Pantai in Kuala Lumpur. The index case (case number 10,507) tested positive for COVID-19 and had a history of returning from a high-risk area in Sabah.”

Dr Noor Hisham said the sixth cluster, the Umboo Cluster, involved the district of Alor Gajah in Melaka and the index case (case number 21,322) tested positive following a screening at the Immigration Detention Depot on Oct 18.

He said the individual was admitted to the Melaka Hospital and close contact screening found three more positive cases. “As of noon today, a total of 373 individuals have been screened and four tested positive, of which one is a new case.”