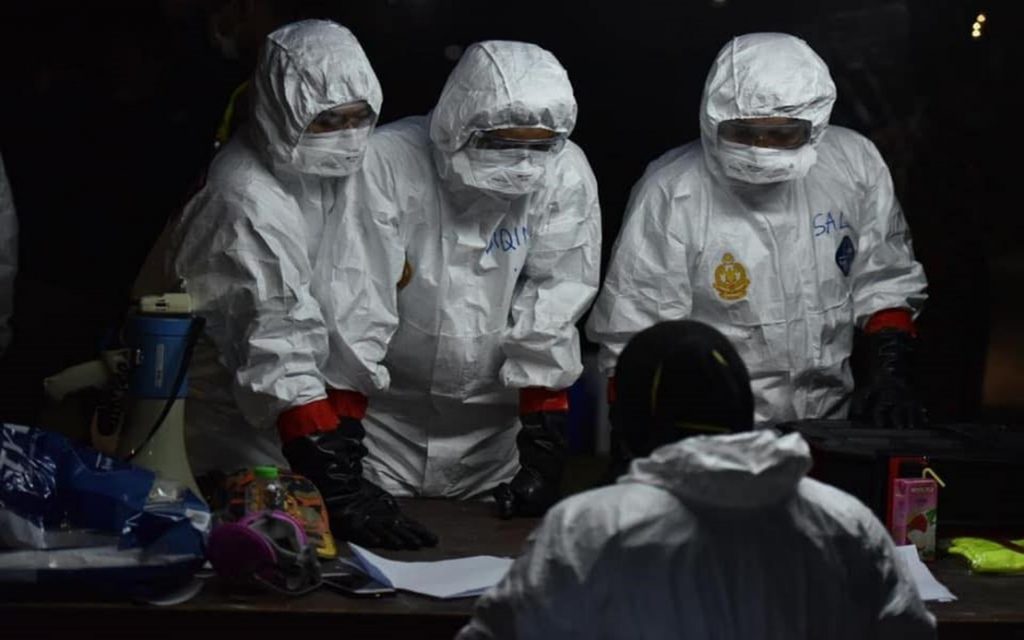 A total of 89 new Covid-19 cases have been reported in the past 24 hours – with almost all the states being affected, said Health director-general Tan Sri Dr Noor Hisham Abdullah.

He said of the total, 86 were local transmissions and the cumulative total is now 11,224 cases, with 1,121 active cases.

The three imported cases involved foreigners detected in Kuala Lumpur, with two of them travelling from the Netherlands and one from Indonesia.

He said the 135th death case (patient number 11,207) was a 46-year-old Malaysian man with a history of diabetes as well as heart and kidney diseases.

“He began to show symptoms on Sept 21 before suffering breathing difficulties and was taken to the emergency department of the Sultanah Bahiyah Hospital in Kedah on Sept 28. His condition worsened and he was confirmed dead on the same day at 6.15 pm. A COVID-19 screening returned a positive result.”

“He died at his home on Sept 26 and was taken to the Forensic Unit of the Tawau Hospital in Sabah. A Covid-19 screening returned a positive result on Sept 29.”

There were 28 recoveries reported today, bringing the cumulative total recoveries to 9,967 cases, while 16 cases are currently being treated in the intensive care unit, with three needing ventilator support.

Meanwhile, Selangor has recorded a 1.95 Rt – much higher than Sabah – following a surge in daily new infections from two to three cases to 10 to 15. An Rt value indicates how fast Covid-19 is spreading.

Dr Noor Hisham said it took into account the magnitude of the change and showed an increased pandemic risk in the state if public health prevention measures are not taken.

“The Rt in Sabah has stabilised although it was still at 1.29 yesterday. This situation is still worrying as it involves a high number of new cases.

“The Rt may go up if we do not take optimal public health intervention measures,” he said in a Facebook posting earlier.

Meanwhile, the Rt in Kedah decreased from greater than one (> 1) to 0.65 and it is in line with the decrease in cases in the state, which recorded only two cases in four days.

Another new Covid-19 cluster has been detected in Kedah today, with three cases recorded from the Tembok Cluster in Alor Setar, said Dr Noor Hisham.

Following that, he said close contact screening was carried out and two more positive cases were identified.

“The two positive cases are Malaysians and they have been admitted to the Sultanah Bahiyah Hospital in Alor Setar for treatment.

“So far, a total of 169 individuals (connected to the cluster) have been screened, with three positive cases, while 166 individuals are still awaiting their results. Investigations are also underway to determine the source of the infection.”