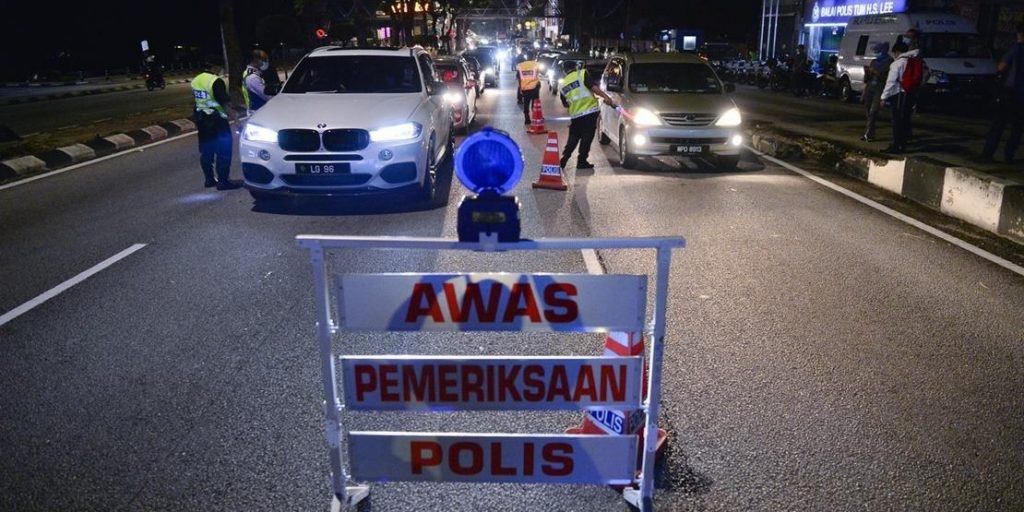 Sarawak police will set up roadblocks in Simunjan and Sri Aman at 12.01am, Aug 1 (tomorrow) to Aug 14 – following the recent spike of Covid-19 cases in several districts in the state.

“While, movements from Simunjan to Sri Aman via Triso ferry or via Jalan Serian-Sri Aman are not allowed,” he said in a statement today.

However, Dev said exemption would be given to those on official duties, essential service workers, those paying their respects to deceased family members or visiting family members who are critically ill, and people seeking medical treatment.

Those facing such situations could apply for a police permit from the nearest police station to obtain permission to cross zones while government officers and essential services employees are required to produce confirmation letters from their respective companies, employers or heads of department.

Of the total, he said 41 of them were remanded, three released on bail, while 142 others were issued with compound fines.

“Among the RMCO violations were running unlicensed massage centres (two), not complying with the standard operating procedure (SOP) (59), activities involving large gatherings which hampered physical distancing (124) and flouting the Home Surveillance Order (one),” he said in a statement.

He added that 2,800 people, who returned to the country between July 24 and July 30, have been placed at 16 quarantine stations in Kuala Lumpur, Negeri Sembilan, Kelantan, Selangor, Penang, Sarawak and Johor.

“Of the total, 11 individuals were sent to hospitals for treatment.”

Under Ops Benteng, he said police conducted 59 roadblocks and inspected 41,748 vehicles to thwart the entry of illegal immigrants, especially through rat lanes.

Ismail Sabri also said that the Malaysian Construction Industry Development Board (CIDB) inspected 15 construction sites nationwide yesterday, with one being issued with a warning for not complying with the SOP while two sites were not in operation.

“Meanwhile, all 19 construction sites, ordered to be closed by the CIDB previously, have been allowed to fully operate again after complying with the stipulated SOP and guidelines.”