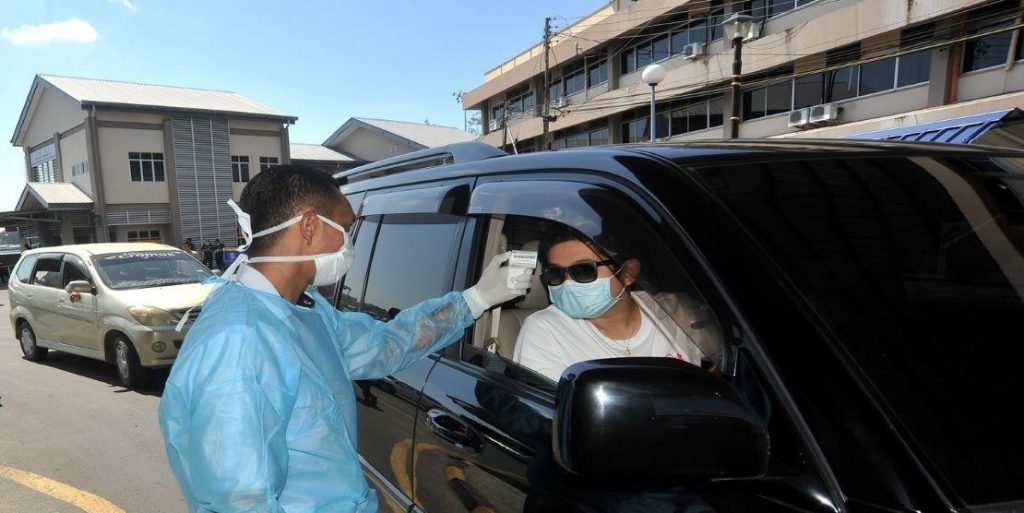 Kelantan has become the latest state to be placed under the Conditional Movement Control Order (CMCO), effective from tomorrow until Dec 6, following an increase in the number of Covid-19 positive cases there.

Senior Minister (Security) Datuk Seri Ismail Sabri Yaakob said the decision was taken on the advice of the Ministry of Health (MoH) and to enable MoH to carry out targeted screening as well as to reduce the movement of residents, including interstate and inter-district.

“Based on the risk assessment carried out by MoH, there has been a spike in Covid-19 cases in several districts and mukim (sub-districts) in Kelantan.

“On the advice of MoH, the special meeting agreed to enforce the CMCO throughout Kelantan for two weeks from Nov 21 to Dec 6. However, decisions regarding religious activities will be made by the state government,” he told a press conference on the CMCO and MCO developments here today.

He also announced the implementation of the Enhanced Movement Control Order (EMCO) in K Avenue Mega City in Penampang, Sabah from Nov 22 to Dec 5, involving 400 individuals in the area including workers in offices, workers’ quarters and construction sites.

“As of Nov 16, a total of 110 Covid-19 positive cases had been recorded in the locality. As such, the standard operating procedure (SOP) for the CMCO is the same as announced earlier.”

CMCO in four states – Kedah, Melaka, Johor and Terengganu – will be lifted tomorrow following a reduction in the number of Covid-19 cases, he said.

He said the decision was made on the advice of MoH, based on the downward trend of Covid-19 cases as well as the fact the situation was under control in these four states.

For Kedah, he said the CMCO for the Kulim district would remain in force as it still recorded 23 active cases, while for the whole of Kedah a total of 85 positive cases were recorded as of Nov 18.

In Melaka, he said since Nov 5, a total of 61 positive cases were recorded statewide while 48 cases were reported on Nov 18, adding that the infection was under control.

Ismail Sabri said in Johor, 82 cases were recorded as of Nov 5. There was a drop in the number of cases in the state on Nov 16 to enable the CMCO to be lifted, except for the districts of Kota Tinggi (36 cases) and Mersing (eight).

As for Terengganu, he said the state was also under control, with only 19 positive cases recorded on Nov 17, with no sporadic cases reported in the past 14 days.

Ismail Sabri had earlier announced the enforcement of the CMCO in all states in the Peninsula, except for Pahang, Perlis and Kelantan, effective for four weeks from Nov 9 to Dec 6.

So far, the states which are still placed under the CMCO are Kuala Lumpur, Putrajaya, Selangor, Penang, Perak and Negeri Sembilan.

At today’s media conference, he also announced the lifting of the Enhanced Movement Control Order (EMCO) in Anjung Teduh, Felda Sahabat in Lahad Datu, which was previously extended from Nov 6 to today.

“MoH has conducted 3,743 screening tests and found 89 Covid-19 positive cases in the locality. As such, on the advice of MoH, the special meeting agreed to end the EMCO at the locality as scheduled.”

Although the CMCO in the four states as well as the EMCO in Anjung Teduh have been lifted, Ismail Sabri stressed these states are still subjected to the Recovery Movement Control Order (RMCO) SOPs.

Asked regarding university students who are still in campus, including in Sabah, he said they were encouraged to continue staying in their respective campus and not return to their hometowns for now.

“However, the National Security Council (MKN) will not limit their movement if they intend to return to their hometowns. They must comply with the SOP.”

Apart from recording a spike in cases in a short period, he said the cluster had also spread to the districts of Kota Bharu, Tanah Merah Pasir Mas and Kuala Krai in the state, as well as being detected in Besut, Terengganu.

As such, he said proactive and pre-emptive action through the implementation of the CMCO in Kelantan aims to level the increase of cases in the state.

“One reason why there is infection in Kelantan is because of cases from red zones or districts returning to the state. So, we are concerned because there is way too much movement from one district to another, from one state to another. So, the infectivity rate is high.”

He said the factors taken into account are the rate of increase in cases, the distribution of positive cases, population density, the existence of public hotspots and the sociodemographic conditions of the population.

“(For) the rate of increase in cases, MoH takes into account the significant increase in the number of Covid-19 cases, especially if it occurs in a short period of time.

“The distribution of positive cases includes the distribution of cases in the sub-districts and districts involved and whether it is focused in certain areas such as prisons or temporary detention centres,” he said during his press conference on Covid-19 updates here today.

Dr Noor Hisham said MoH also took into account the high density of the local population with a large number of housing areas, apartments or squatter houses, as well as the existence of wholesale markets, factories, government offices, and business complexes.

Apart from that, he said the sociodemographics of the local population in terms of the existence of foreign settlements and a lot of movement in an area were also taken into consideration.