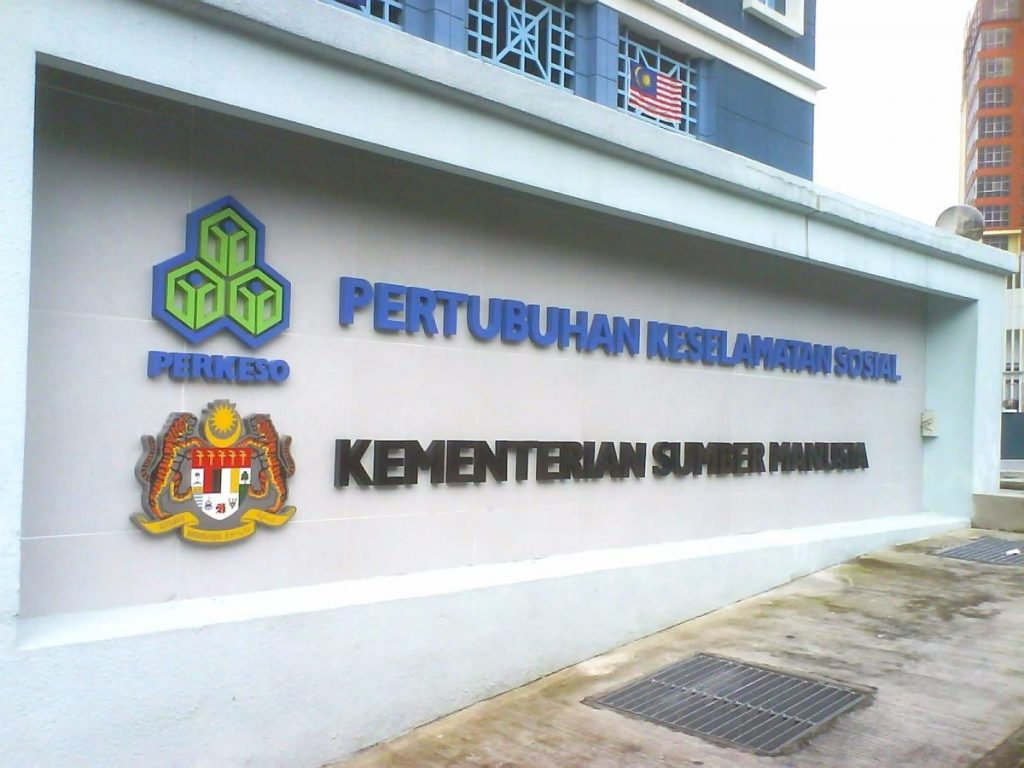 The situation at Wisma Perkeso here turned chaotic today as more than 250 workers from three government agencies located in the building went fleeing for the lives as five men armed with wooden planks ran amok in the lobby.

The men, who were angry after the construction site where they were working was closed, demonstrated their rage at the Occupational Safety and Health Department (JKKP) counter at 10.15am – resulting in two people injured.

Quick action by security guards saw three of them apprehended. However, the other two managed to escape and continue to run amok at the second and fifth floor.

The duo was later arrested by police who was called in to contain the situation – which was actually a drill conducted by the JKKP to address violent threats in the office.

Kelantan JKKP director Abdul Aziz Salim said the exercise was also part of the effort to promote the safety of its workers.

The training is a precautionary measure as provided under Section 15 of the Occupational Safety and Health Act where every employer needs to ensure their workplace is safe and free from security threats, he told reporters after the drill.

“We have a special team to deal with internal crises such as fire, amok and bomb threats, but we will call the police if things get out of control,” he said, adding that he was pleased with the quick response by the police who arrived within the specified time under the standard operating procedure.

Meanwhile, some of the workers said they were afraid and worried when they heard the announcement ordering people to leave the office and gather at the parking lot as “five armed men ran amok” in the building.

“I was horrified,” said a JKKP officer Hirwan Saringat – who breathed a sigh of relief after he found out it was just a drill.

Another JKKP staff Rosnizam Mohd Ghadafi suggested such training to be frequently held as it could help employees to remain calm in a real situation.

Meanwhile, one of the ‘perpetrators ’ Shyansul Azmie, 24, hoped that the drill would raise awareness among the public, especially employers about the possibilities of such incident occurred at their workplace.

Meanwhile in BESUT, assistant medical officer Hasrul Yadidi Ab Hamid had a situation in hand back in October and the monsoon season had set in on Perhentian Island, 2 km offshore, making the seas too rough for even some of the bigger boats.

He had no choice but to send a 16-month-old baby girl suffering from bronchopneumonia to the mainland. But using the ambulance boat to make the trip was out of the question.

“Here (on Perhentian Island), it is unlike being on the mainland. There you have roads. The condition of the sea depends on the weather. When the sea is rough, we cannot get across,” he explained as to how the 2,100 island inhabitants manage during the monsoon season.

Recalling the incident, Hasrul Yadidi, 32, said he summoned a helicopter from the Malaysian Maritime Enforcement Agency (MMEA) to fly the baby girl to Kuala Terengganu.

“Alhamdulillah (praise be to God), we sent the baby girl to the Sultanah Nur Zahirah Hospital. She has recovered and has returned to the island in good health.”

For the only health clinic on Perhentian Island, the case was an emergency.

It had taken four hours to get the baby girl across from the island to the mainland as there were several procedures to be adhered to for the helicopter ride, said Hasrul Yadidi – who runs the clinic with another assistant medical officer. They are assisted by two nurses and two boatmen.

“Usually, the ambulance boat transports patients to the mainland. When the boats cannot be used, due to the sea conditions, we have to seek help from the police and maritime authorities.

“The helicopter is the last resort if no boats can make it across the rough sea,” said Hasrul Yadidi who lives in Kuala Besut and regards as a huge challenge the journey to and from the island during the monsoon season which lasts from November to March.

He said a boat usually takes about 30 minutes for the ride from the Kuala Besut jetty to the Perhentian Island jetty but during the monsoon season a boat journey can take up to 90 minutes.

The Perhentian Island Health Clinic is the only health facility available for the islanders.

Housed in a semi-concrete building like many of the village houses on the island, the clinic attends to the villagers in many ways, from treating a fever to delivery of babies.

There is no doctor in the house. A doctor from the Besut District Health Office makes a monthly visit to the island according to a schedule.

At other times, patients who need to be treated by a doctor or specialist will be taken to the mainland in an ambulance boat. Some pregnant mothers will be sent to the hospital in Besut just before their expected date of delivery.

Although Perhentian has only one health clinic, the immunisation of the children on the island is at a satisfactory level.

Nurse Nor Azlina Nawang, 36, said all the children on the island are given their immunisation shots on schedule.

Villager Mohd Zawawi Che Yaakob, 60, expressed satisfaction with the service provided by the clinic but said some improvements could be made.

“Right now, we get treatment for fever and colds. The clinic can be expanded. A bigger space is necessary to accommodate patients when many people are waiting for treatment.”