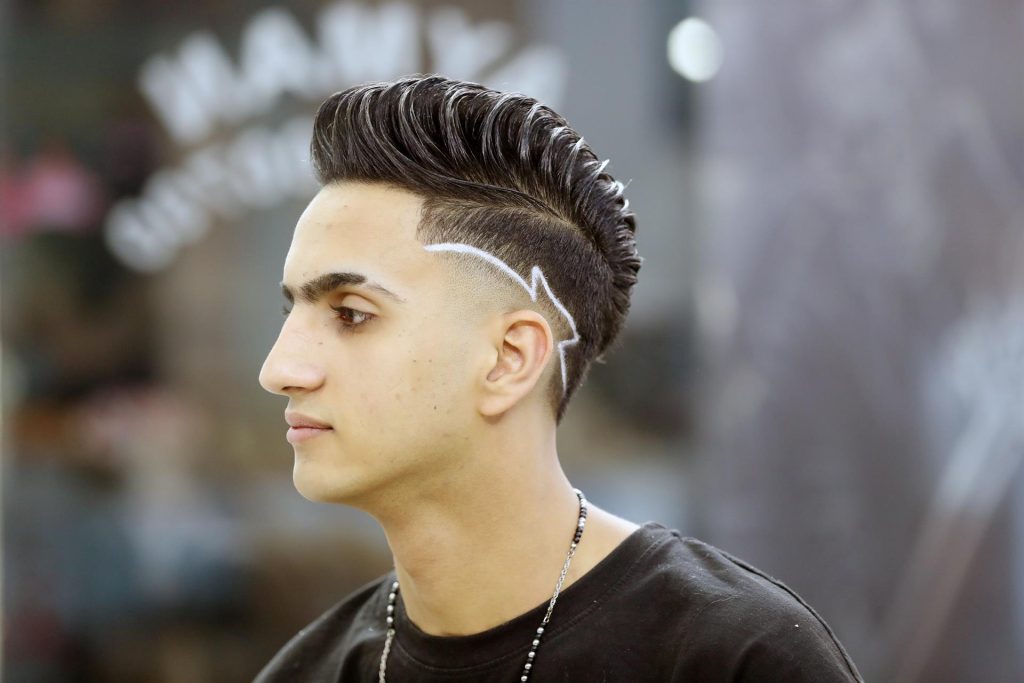 Young people in Egypt are challenging social norms with rebellious haircuts that are gaining popularity, especially in working class neighbourhoods of Cairo.

Mina, 17, has been waiting for one hour to get a spot at a small hairdresser’s in the historic Ain Shams neighbourhood in east Cairo.

When it is finally her turn, she shows the stylist a video on her smartphone to explain the haircut she wants – shaved with some thin lines on both sides with just a chunk of long hair at the back.

“My father is not at all amused by these cuts but he knows how I am and doesn’t want to put pressure on me.”

Mina is lucky her parents accept her “rebellious” hairstyles, but they are an exception. Many older Egyptians are angry with the recent trend, claiming it goes against customs and religion in Egypt – a conservative country still struggling to find a healthy balance between tradition and modernity.

“Sometimes young people come in and ask for quite strange haircuts and I am forced to do them. But 30 minutes later, they come back with their parents and they ask me: ‘What is this?’ And I have to change the haircut,” grumbled Ayman, a hairdresser with almost 20 years of experience.

Ayman says the fashion of drawing lines on shaved heads started gaining popularity after the 2011 revolution and that young people wanted “weird” haircuts to attract attention.

“I think that when there is too much pressure, young people go to the other extreme in their ‘look’ as a form of rebellion.”

Ayman’s clients are between the ages of 17 and 24 and often want to copy the haircuts of Western celebrities like footballers Cristiano Ronaldo or Lionel Messi.

“These teenagers want to have weird hairstyles because they feel lost, without an identity or culture, it’s a result of a lot of free time and zero goals in life,” said Saed Taha, president of the association of hairdressers in Alexandria.

Taha says the haircuts are “extremist and not compatible with our culture” and that barbers should not accept them.

“In hairdressers’ workshops and forums, we practise these cuts to teach the skills of using the machine and knife to write words or draw celebrity faces. But hairdressers who adopt these styles commit a crime against our common taste.”

Korolos Helmi, 18, says he can only get these haircuts in the summer because his internships in the hospitality sector do not allow them.

“If my school sees students with haircuts like that, they warn them once and, on the second time, if they don’t get a military-style haircut they get suspended and call their tutors.”

Meanwhile, Shunuda – a hairdresser who works in a wealthy neighbourhood – prefers to cross the city to get her haircut at Ayman’s barbershop, in the working class district.

“Here, where I work, the hairdressers are used to doing normal cuts and hairstyles,” he says, adding that any attempt at rebellion in the wealthier neighbourhoods does not go far.

“I have a young client who always asks me for modern cuts and as soon as he goes home, he comes back to ask me to change it because his father is making him do it. He always comes twice a day,” he adds, laughing.