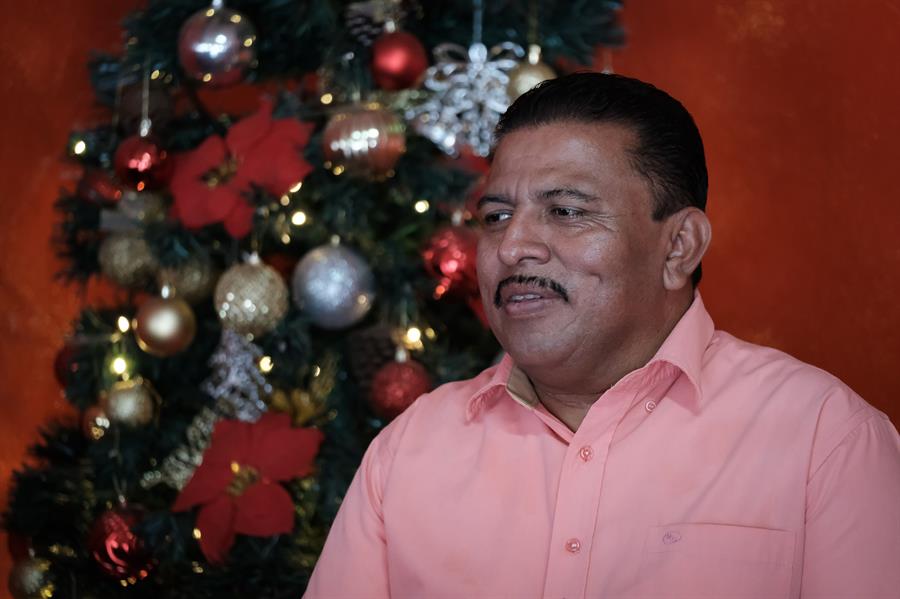 If at the North Pole there’s a bearded, kindly old Santa Claus with unlimited Christmas gifts to give, in Nicaragua there is the poorest Santa in the world – never sure of what gifts he’ll be able to distribute or when.

Victor Rosales, better known as the “Nica Santa Claus,” can be seen on one day giving presents to kids on a Nicaraguan island, and on the next delivering a coffin in a poor Managua neighbourhood.

“Victor Rosales is the Nica Santa Claus every day of the year,” he said at his home in a densely populated Managua neighbourhood.

The spacious, two-storey house of this Santa Claus stands out among its neighbours, but not much. Its owner Rosales is not rich.

He has a workshop at home, not for creating toys but rather for making highway signs, his main business, apart from a popcorn stand that went broke in Nicaragua’s sociopolitical crisis, which also left him without his SUV “sleigh.”

“I have problems, my work has gone completely down the tube. If you check my wallet I don’t have money, I have debts. I had an SUV but lost it because I got behind in my payments.”

Despite that, his home is full of gifts for giving – toys, wheelchairs, balls and beds are piled up everywhere, especially in the workshop.

Honesty is the basic pillar of his fame. He said that being transparent turns many people, from millionaires to ambassadors, into anonymous or spontaneous donors.

They’re trusting because they know he will give their donations to whoever will benefit most from them, if possible in their presence.

But being Santa Claus is also dangerous. Rosales, 51, recalled that once a gang of criminals waited for him on a bridge over a river to steal his donations and kill him. Another time a youth put a pistol to his head and demanded the gifts he was carrying.

Charity saved him on both occasions. In the first situation, one of the assailants confessed what he had planned, because months before the Nica Santa Claus had helped provide the coffin for his dead son, without ever having known him.

In the second, the youth called off his holdup when he realised the gifts were for his own community.

But the case he remembers most occurred some 10 years ago when he was taking some goods to a country girl when what she really needed was a doctor, because she was suffering from leishmaniasis.

He not only saved her life and that of her family, but also managed to give them a house with an outhouse and a cesspool.

Such experiences made Rosales, who was selling candy at a stoplight when he decided to save money to buy toys for 12 children poorer than himself in 1989, have no desire to climb the social ladder – since he believes that a millionaire “is not interested in the pain of the poor.”

Rosales prefers to stick to the ideology of the travelling salesman who, after giving toys to 12 children, decided to give them to 50, and then to 150, and then 500, and then to millions, and so become the person who distributes gifts all year long, even if he is the world’s poorest Santa Claus.